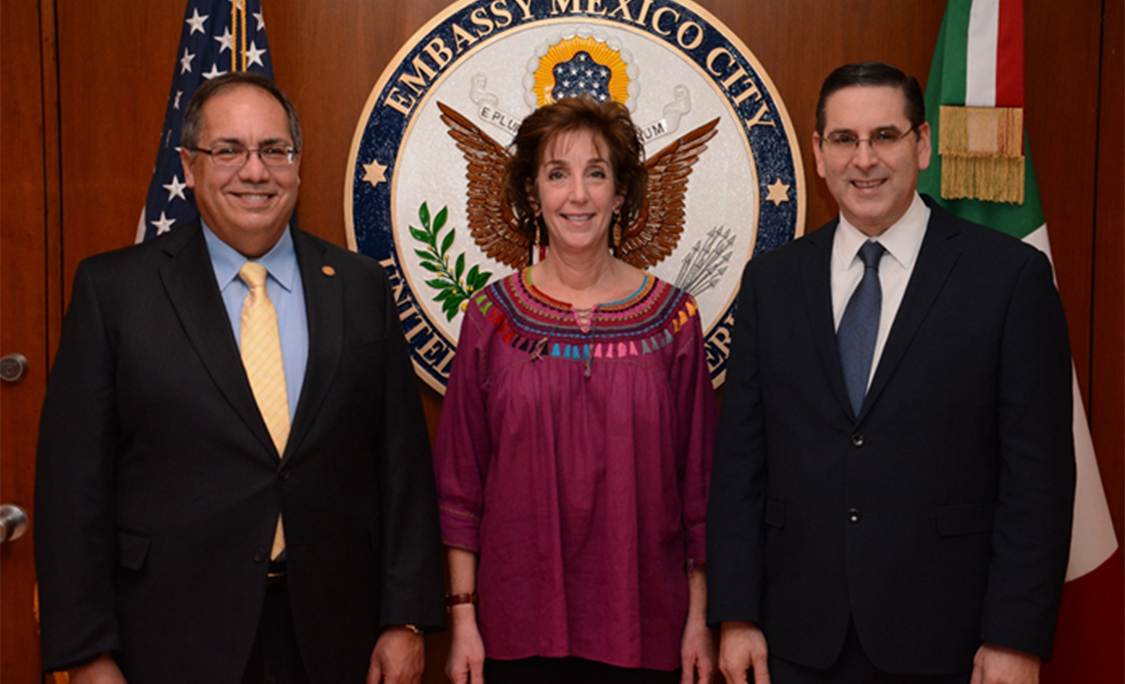 Mexico City, March 9, 2018 — Today is the culmination of a weeklong program of events organized under the Merida Initiative, including conferences, interdisciplinary exchanges, and fora for U.S. and Mexican criminal justice sector actors.  Throughout the week U.S. federal judges and attorneys engaged with Mexican federal judges and magistrates, prosecutors, investigators, and forensic experts to explore multiple themes related to the accusatorial justice system, formally implemented in Mexico in June 2016.  The programs helped participants to identify common challenges and share best practices in advancement of the accusatorial criminal justice in Mexico.

The U.S. Department of Justice’s Office of Prosecutorial Development and Training (OPDAT) brought U.S. federal judges from Texas and Puerto Rico to meet with their Mexican Federal Judiciary counterparts and jointly explore the role of the judge  in an accusatorial criminal justice system.  On March 6, U.S. Federal Judge Gustavo A. Gelpí led a conference on “Probative Value and Standards of Evidence in an Accusatorial Criminal Justice System” for Mexico City trial and appellate judges.  Also with the support of the Merida Initiative, the Conference of Western Attorneys General (CWAG) Alliance Partnership conducted a weeklong interdisciplinary exchange to explore the role of each actor in the investigative process.  Participants included prosecutors, investigators, and forensic experts from Estado de Mexico, Hidalgo, Mexico City, Morelos, Puebla, and Tlaxcala. Topics included prosecutorial ethics, case analysis, chain of custody, investigative strategies, witness examination, and preparation for trial.  This is the 54th  CWAG interdisciplinary exchange held between Mexico and the United States since 2011.

Tania Maestas, Deputy Attorney General for New Mexico, who participated in the CWAG interdisciplinary exchange, spoke about the challenges facing Mexico as it consolidates its new criminal justice system: “In the U.S. we grew up in an accusatorial system, it’s all we’ve ever known.  Mexico took the bold step of moving to an accusatorial criminal justice system less than two years ago, and faces the dual task of clearing cases opened under the previous inquisitorial system while at the same time expediting new cases under the accusatorial system.  CWAG exchanges, made possible through the Merida Initiative, help justice sector actors to better understand their role in criminal prosecutions and how they can successfully bring criminals to justice.”

The Mérida Initiative is a bilateral security cooperation agreement between Mexico and the United States of America. It provides tangible support to Mexico’s law enforcement and judicial institutions, strengthens border security, and helps to counteract the activities of transnational criminal organizations and the illegal trade in narcotics. Since 2009, the United States has delivered USD 1.8 billion in equipment, training, and capacity-building assistance to the government of Mexico.