Webcast | Report Launch and Conversation on U.S.-Mexico Relations with Current and Former Ambassadors 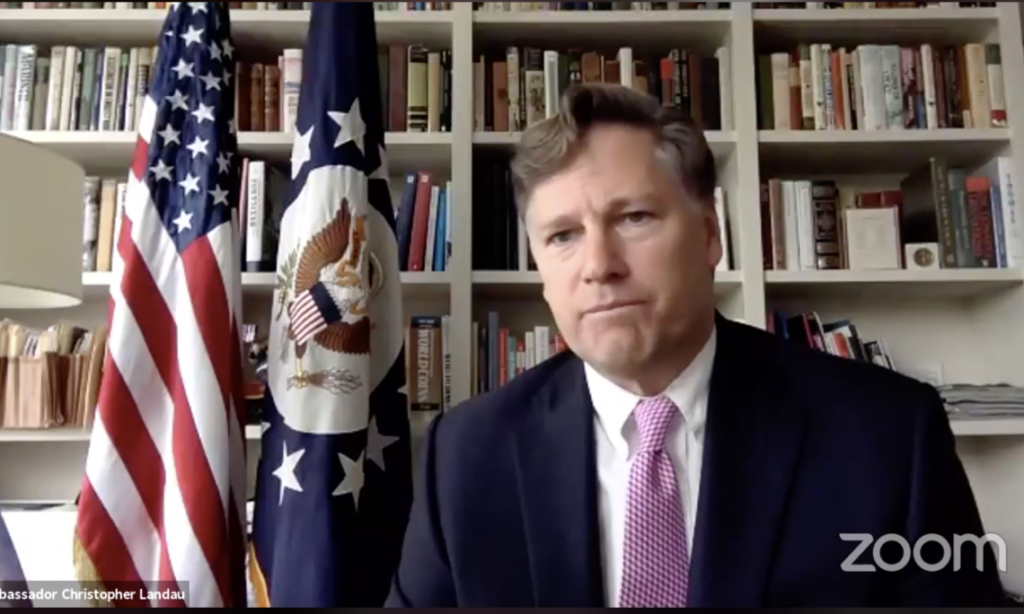 Ambassador Landau. It’s over to you.

Thank you. Just very briefly, I have to just say what a pleasure it is to hear so many thoughtful and insightful comments on the US-Mexico relationship. I think there’s no doubt that this is the most important bilateral relationship in the world. I think certainly it is for each of our two countries. I think it’s only going to get stronger over time. I’m optimistic about the long-term trajectory of this relationship. There’s certainly going to always be bumps along the way, but I think they’re the kind of bumps and disputes you have within a family, and I think there’s a strong sense, and the recent agreement only confirmed that, that we’re on the same team. I think that’s so important. I think it’s relatively new. I don’t think that was always the case for much of the 19th and 20th centuries, for obvious reasons.

Again, we’re going to have ups and downs at the governmental level. I think the overall arc, or trend, is moving in the right direction. I think it’s important that these bilateral relationships transcend political party on both sides of the border because these are two countries and two peoples that have a relationship, not just individual political parties or politicians. So, I just want to say, I always believe that it’s part of my job to highlight some of these other aspects of the connective tissue of the relationship. It’s why I enjoy so much participating in events like this and think they’re so valuable. So thank you for inviting me and I look forward to continuing to work with all of you. [Gracias].

Thank you so much Ambassador Landau for joining us