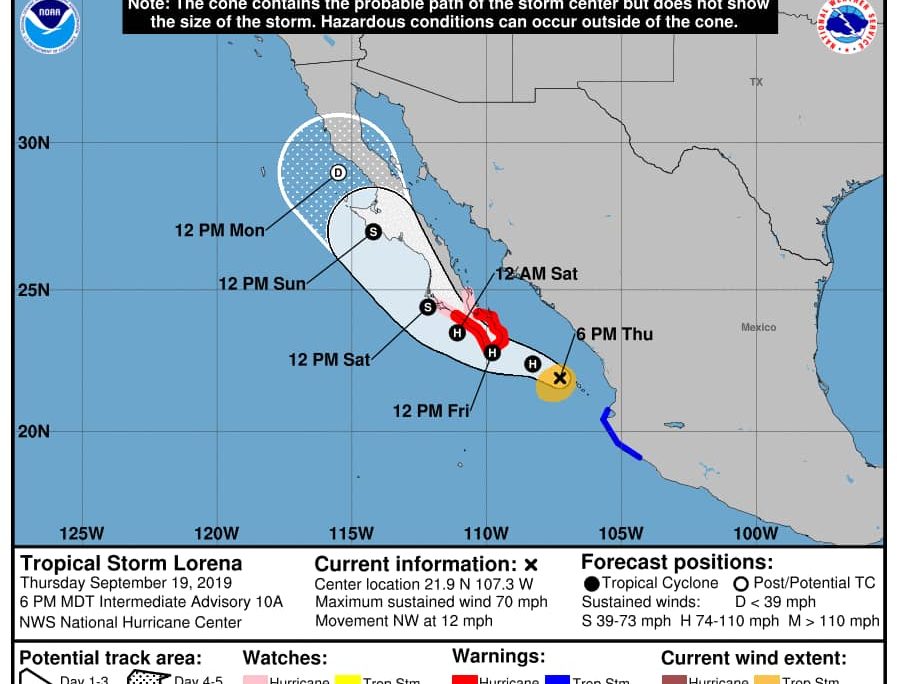 Protección Civil for Baja California Sur announced all schools will be closed on September 20 and port activities are currently restricted.  Protección Civil has reassured the public there are adequate supplies of food, water, and gas.  At present,Consulate General Tijuana has received no reports of flight cancelations and the Mexican government has not published lists of shelters.