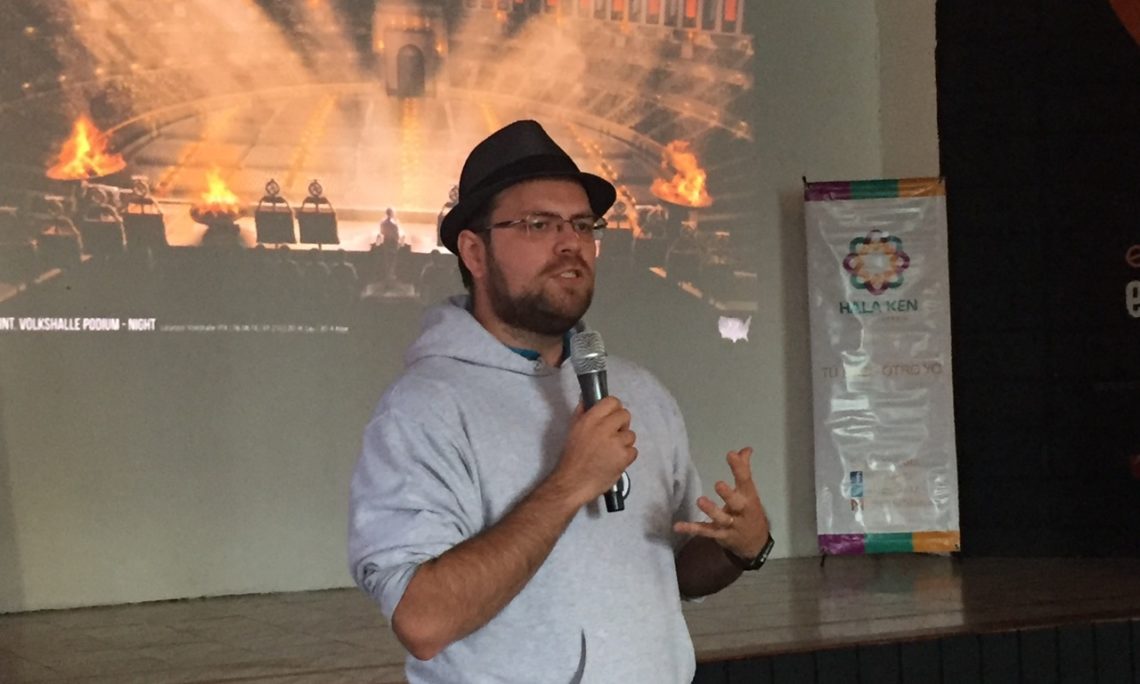 David Andrade of Theory Animation Studios visited Tijuana to hold a conference where he shared his knowledge and passion for visual effects, video games, and animation projects with local artists and participants of the comics contest #ARTEvsVIOLENCIA. David has worked on projects for HBO, CBS and VFX. He also offered career advice to attendants and discussed the potential of this industry in both the United States and Mexico. The conference was held at Espacio Entijuanarte in Tijuana and was part of the comics program #ARTEvsVIOLENCIA, bringing awareness about trafficking in persons though the arts.