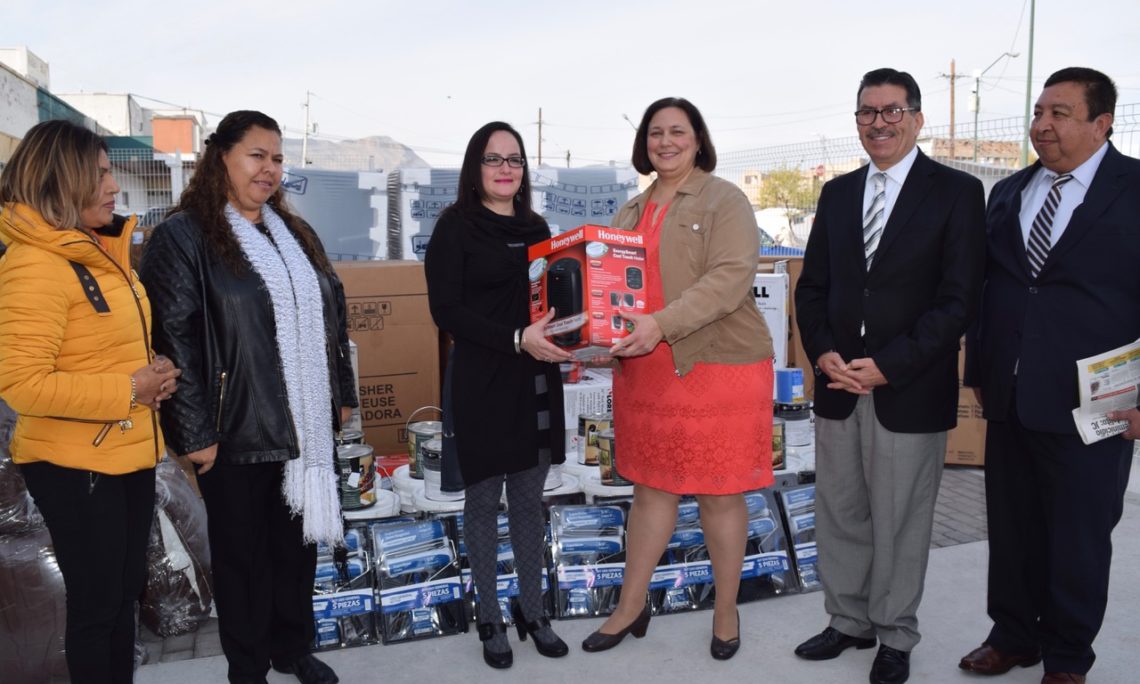 As part of the 16 Days of Activism against Gender Based Violence, U.S. Consul General Daria L. Darnell presented a donation of household items today to Chihuahua State Government authorities in support of three different women’s shelters in Ciudad Juarez. The items were donated by the U.S. Northern Command (USNORTHCOM) as part of their Humanitarian Assistance Program.

“Over the 16 Days of Activism against Gender Based Violence we have worked to raise awareness about this vital issue.  Gender violence comes at a high price for women, but also for their families and their communities.  We have seen the work that these shelters do to meet the immediate security needs of survivors and believe this donation will serve them well,” said U.S. Consul General Daria L. Darnell.

In addition, the State Secretary of the Interior, César Jauregui, said: “The government of the State of Chihuahua appreciates the support of the U.S. Northern Command and the U.S. Consulate General in Ciudad Juarez for their equipment donation to these shelters for women in violence situations. This will be beneficial for Juarenses.  This is an important issue in both countries and for this reason we recognize the important work of partnerships that make possible the understanding, solidarity and the donation that we receive today.”

The donation for these shelters was requested by the Women’s Justice Center in Ciudad Juarez:

The USNORTHCOM Humanitarian Assistance Program started in 2007 and has partnered with numerous government agencies supporting more than 40 projects in Mexico since its inception.