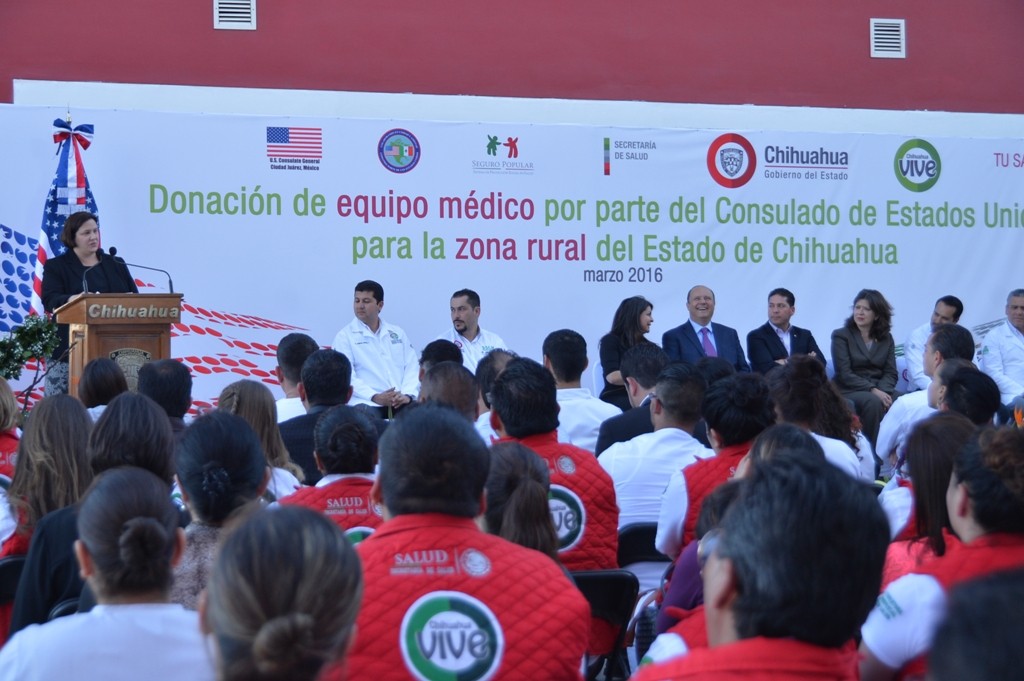 The Chihuahua Health Secretary received medical equipment worth more than $330,000 pesos from the U.S. Northern Command (USNORTHCOM).  The donated equipment will complement existing capabilities at the Advanced Center for Primary Health Care (CAAPS) in Guachochi, Chihuahua and the Gynecology and Obstetrics Hospital in Parral, Chihuahua.

“It gives me great pleasure to be here representing the U.S. Northern Command with a donation that will support the good quality care provided to all these patients that CAAPS Chihuahua serves,” said U.S. Consul General Daria L. Darnell to the Chihuahua Governor Cesar Horacio Duarte Jaquez.

“The availability of quality healthcare continues to be one of our utmost important tasks. We appreciate the support given to us by the U.S. government, which reinforces our already strong relationship,” said Chihuahua State Governor Cesar Duarte Jaquez.

The advanced center for primary health care in Guachochi, Chihuahua started operations in 2009 with funds from the Chihuahua State Government Secretary of Health.   The outpatient clinic, family practice, lab and emergency and delivery room serve a population of more than 45,000 people in urban and rural areas in the Chihuahua Sierra, most of whom belong to indigenous groups and receive services at no cost.

The USNORTHCOM Humanitarian Assistance Program started in 2007 and has partnered with numerous government agencies supporting more than 40 projects in Mexico since its inception.   In 2015, USNORTHCOM made a similar donation to the Gynecology and Obstetrics Hospital in Parral, Chihuahua.