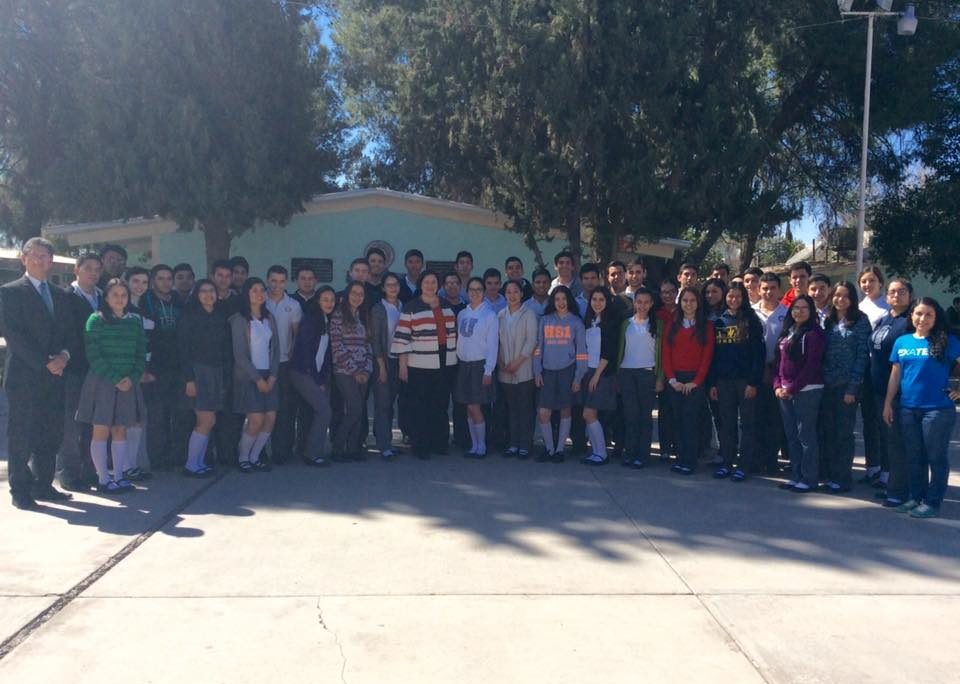 In order to motivate young entrepreneurs interested in developing technology-based innovative projects, the U.S. Consulate General in Ciudad Juarez sponsored the USMX-Preneur camp in the city of Delicias, Chihuahua. As part of this boot camp, entrepreneurs gathered at the Albert Einstein 20-30 High School, where they attended workshops on creating a value proposition and business model canvas to develop a quick and effective business model.

As part of this camp, the U.S. Consul General in Ciudad Juarez Daria L. Darnell interacted with participants of the USMX-Preneur program and met with a group of women entrepreneurs of the National Chamber of Industry (CANACINTRA) in Delicias.

“The key to economic growth in a country is not based only on goods traded or what it produces, but in its ability to create businesses and foster innovation primarily based on science, engineering, technology and mathematics,” said the Consul General.   Recalling that March is Women’s History Month in the United States, she stressed the “importance of personal and economic development opportunities available to women,” because “innovation is not created only by incorporating more technology but by bringing us closer together as people.”

USMX-Preneur is an intensive entrepreneurship program for high school youth organized by the U.S. Consulate General in Ciudad Juarez, the Orion Technology Park of the Tecnológico de Monterrey in Chihuahua and the National Association of IT and Computer Equipment Distributors (ANADIC) in Chihuahua.  In the city of Chihuahua, the USMX-Preneur extensive program consists of three-months of workshops where young people develop viable projects and solutions to real problems with specific markets. Two short versions or “Boot Camps” are part of the project, one in Delicias and another in Cuauhtémoc to be taught at a later date.