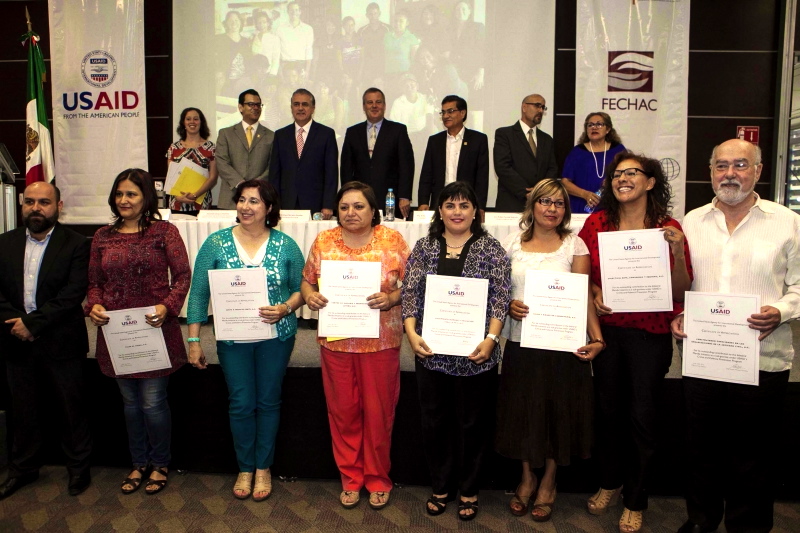 As part of the Merida Initiative, the governments of the United States and Mexico work together to contribute to the formation of strong and resilient communities. Ciudadanos Comprometidos con la Paz (CCOMPAZ), the Fundacion del Empresariado Chihuahuense (FECHAC), International Youth Foundation (IYF) and the Crime and Violence Prevention Program, a USAID program which works closely with the municipal government to implement actions and programs in Ciudad Juarez, have helped to address problems related to violence in the communities of Felipe Angeles, Francisco I. Madero and Riberas del Bravo, and improved the conditions for young people in the city. As a result of working with these partners and fourteen implementing organizations, 23,000 young people have benefited in Ciudad Juarez through programs focused on music, culture, education, job training and community networks.

In his remarks, U.S. Consul General Ian Brownlee expressed his appreciation for the work of the organizations recognized by USAID and called on them to continue being role models. “With your work, you have provided opportunities for the community to take part in the process of building peace and prosperity.  Through your work,  you defied the prophecies of failure that fell over many young people identified as ‘ni-nis.’ Today, you are real stars in the development of this city,” said Consul General Brownlee.

The United States Agency for International Development has implemented programs in Ciudad Juarez, Monterrey and Tijuana since 2010.