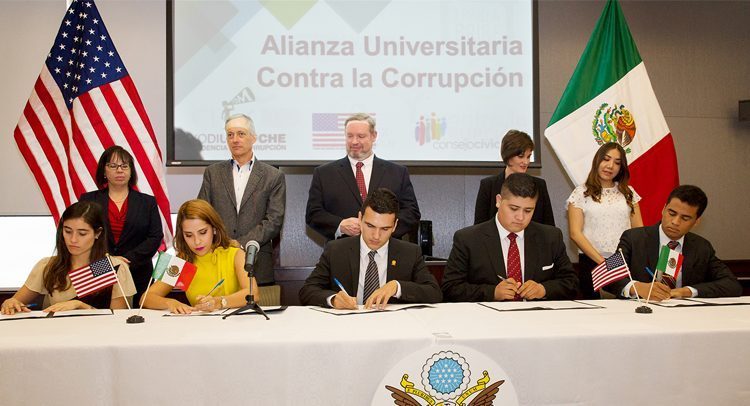 Monterrey, NL  August 31, 2016 – The Consulate General of the United States in Monterrey hosted a signing ceremony among five universities from Nuevo Leon and Consejo Cívico to fight corruption and promote the culture of lawfulness.

The main objective of this university alliance is to promote a culture of reporting bribes and highlighting the negative implications of corruption through a platform called Yo Dí un Moche (www.yodiunmoche.mx ).  Yo Dí Un Moche is a project that emerged from civil society and the private sector designed to maintain a registry of reported bribery cases. It is based on the project “I paid a bribe” from India. The goal is to find and highlight incidences of bribery and the monetary cost of corruption in Nuevo León, particularly in the metropolitan area in Monterrey.

This project was selected to receive financial support from the Consulate General through a request for small projects announced at the beginning of 2016.