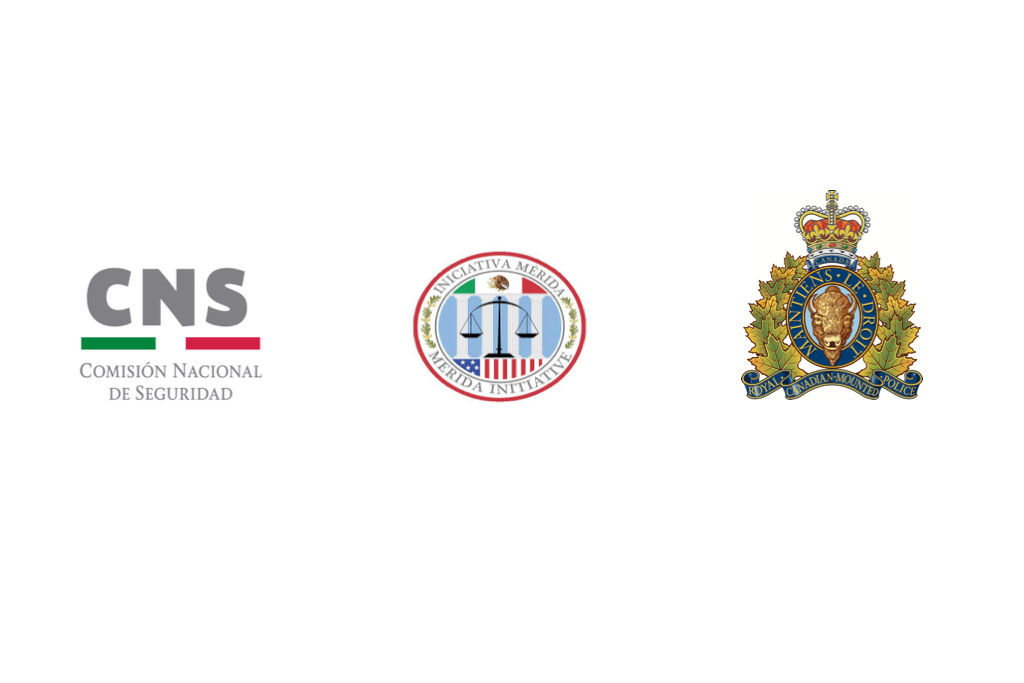 Mexico City, February 13, 2018 – Last week, in an example ofNorth American security collaboration against the threat of fentanyl, the governments of the United States, Mexico and Canada joined together to provide fentanyl detection training to Mexican Tax and Customs Agency (SAT) and Federal Police officials along with their canine law enforcement partners. The training, funded by the Merida Initiative, brought two instructors to Mexico from the Royal Canadian Mounted Police who are international leaders in this field. Several of the trainees are instructors within the Federal Police and SAT, and will replicate the training with more canines and their handlers in their respective agencies.

Fentanyl is 50 times more potent than heroin. Since 2015 law enforcement agencies in both the United States and Mexico have seen an increase in its prevalence in illegal narcotics seizures and deaths from drug overdoses. The risk to human life from exposure to even small amounts of fentanyl demands specialized procedures for its detection and management.    At the National Fentanyl Conference for Forensic Chemists in May 2017, Ambassador Roberta Jacobson stated that “The United States and Mexico are committed to combatting the threat to our communities posed by illegal opioids like fentanyl through legislation and law enforcement. Halting the trade in opioids and other illicit drugs is a number one priority for my government, together with efforts to assist addicts.” This training helps to ensure the safety of both canine and human officers as they carry out their high-risk duties of identifying, seizing and appropriately processing illicit drug shipments.

The Merida Initiative canine program works in coordination with Mexican security and justice agencies. Since 2008, the U.S. government has delivered more than 500 detection canines to Mexican government federal and state agencies. The U.S. government has also sponsored training in the United States and Colombia for Mexican canine instructors and handler teams in the detection of weapons, narcotics, and currency, and has provided equipment and vehicles to ensure the welfare of the canines.

The Merida Initiative is a bilateral security cooperation agreement between Mexico and the United States of America. Through nine years of implementation, the MéridaInitiative has led to greater cooperation between the United States and Mexico. It provides tangible support to Mexico’s law enforcement and judicial institutions, strengthens border security, and helps to counteract the activities of transnational criminal organizations and the illegal trade in narcotics. To date, through the Mérida Initiative the United States has delivered USD 1.8 billion in equipment, training, and capacity building assistance to the government of Mexico.