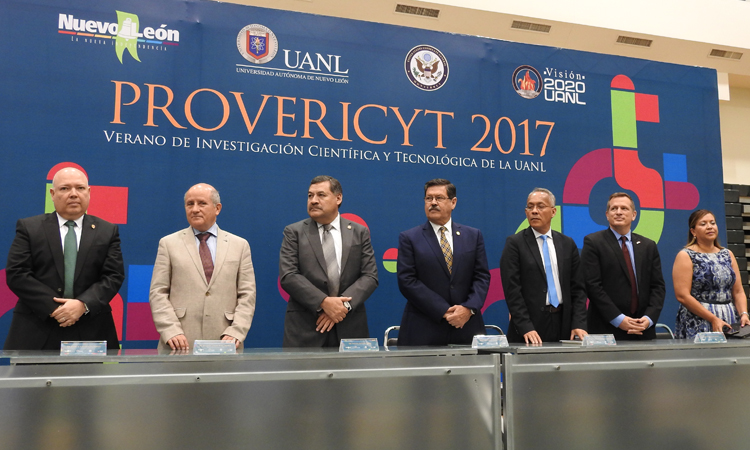 The Consulate General participated in the (# Provericyt2017) organized by the Autonomous University of Nuevo Leon. This project received financial support from the U.S. Consulate, which supported various community initiatives in the region. The three-week camp invites 600 students from the UANL system, of which 60 high school students from rural Nuevo Leon are sponsored by the consulate. The goal is to promote interest and development in areas of science, technology, engineering and mathematics. The intensive summer program is predominantly experiential, practical and interactive, and the participants will be incorporated into research projects led by researchers from UANL, while collaborating within the different laboratories and research centers of the university. More information about the program at http://investigacion.uanl.mx/provericyt-2017

Inauguration of the Summer Program of Scientific and Technological Research