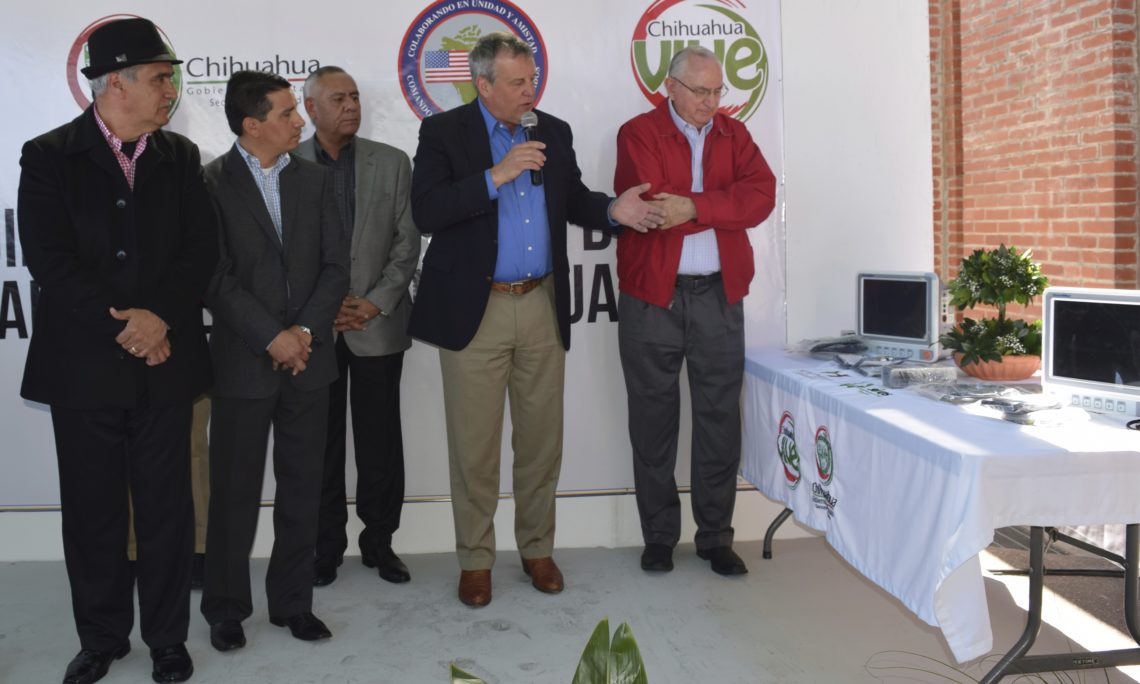 The Chihuahua State Government through its Health Secretary received medical equipment worth more than $9,000 dollars from the U.S. Northern Command (USNORTHCOM).  The donated equipment will complement existing capabilities at the Hospital of Gynecology and Obstetrics in Parral.

“We feel very honored to share the good will of the U.S. Northern Command, by choosing to support the great work of this hospital so that you can all continue to provide good quality care to the women in this region,” said U.S. Consul General Ian Brownlee.

“Chihuahua remains committed to creating better conditions for its citizens.  This type of strategic alliance with the U.S. government helps us in this endeavor,” said Chihuahua State Governor Cesar Duarte Jaquez.

The Hospital of Gynecology and Obstetrics in Parral offers the full spectrum of women’s health care services, serving not only people in southern Chihuahua, but also a number of clients from northern Durango. The hospital is funded by the Chihuahua State Government’s Health Secretary serving a population of more than 70,000.

The USNORTHCOM Humanitarian Assistance Program started in 2007 and has partnered with numerous government agencies supporting more than 40 projects in Mexico since its inception.  In 2014, USNORTHCOM carried out 10 humanitarian assistance programs in Mexico totaling $1.5 million.  Since January 2015, USNORTHCOM has made two similar donations, one to support the campaign Donando Amor sin Fronteras in Ciudad Juarez and a donation of furniture and educational materials to DIF Ascencion.