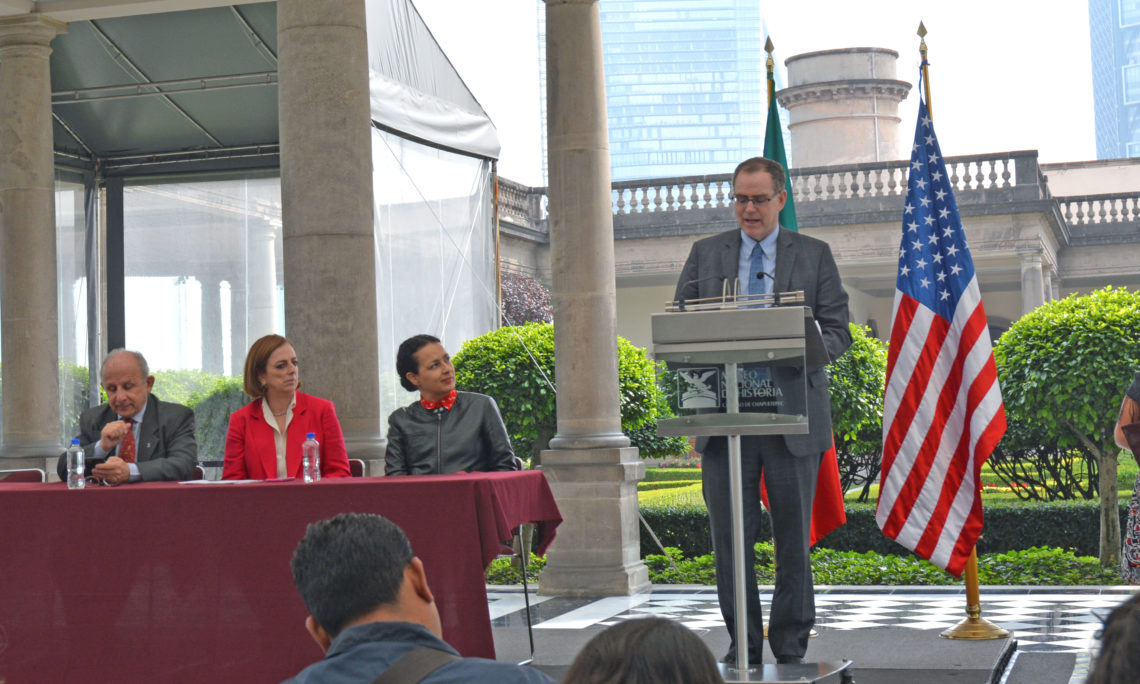 Mexico City, Mexico, September 18, 2018 — Through the Ambassadors Fund for Cultural Preservation, the Embassy of the United States in Mexico granted $200,000 USD to the Instituto Nacional de Antropología e Historia (INAH) to restore, restructure and conserve the Franciscan Ex Convent of Martin de Tours in Huaquechula, Puebla. The Ex Convent, built in 1531 by architect Fray Juan de la Alameda, suffered damage after the earthquakes of September 19, 2017.

“Last year on September 19, on the anniversary of the terrible earthquake of 1985, Mexico City, Puebla, State of Mexico, Morelos, and other parts of Mexico were rocked once again. In addition to the dreadful toll on human lives, Mexico suffered the loss of or damage to hundreds of monuments and buildings vital to its cultural heritage and the daily lives of its people. Even as the people and government of the United States contributed to search and rescue and recovery efforts, a team in the U.S. Embassy and Washington began working with INAH to see how we could help address the damage caused to Mexico’s cultural sites,” stated Charge d’Affaires John Creamer during the presentation of the grant at Castillo de Chapultepec.

The Convent, which until last year preserved its original condition from the sixteenth (XVI) Century, suffered substantial damage after the earthquakes of September 19, 2017. Of its four domes, two present cracks and one partially collapsed. The dome of the bell tower also collapsed and the stone quarry entrance was damaged.

The Ambassadors Fund for Cultural Preservation, created by the U.S. Congress in 2000, has provided financial aid to more than 120 countries around the world for the preservation of cultural sites and objects. In Mexico, the fund has enabled improvements to archeological sites such as Palenque in Chiapas, Monte Alban in Oaxaca, the Virgen de la Candelaria Church in Valladolid, Yucatan, as well as other projects in the States of Mexico, Chihuahua and Hidalgo.

Receiving the grant on behalf of INAH were Director Diego Prieto, and Liliana Giorguli, National Coordinator for Conservation, among others.