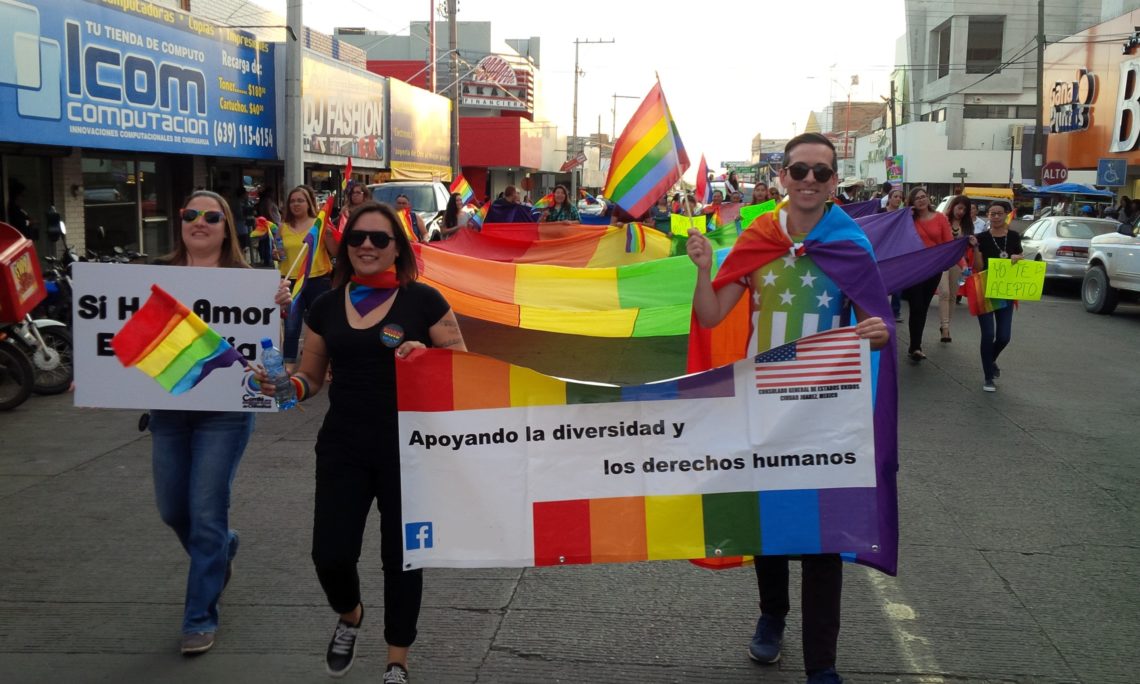 Nearly 200 people from Delicias, Camargo and Chihuahua city attended in support of tolerance and inclusion.

Before the march, Consul Straight and Vice-Consul Thompson met with representatives of various civil society organizations working on LGBTI issues, including the hosts of the march, the Comite de la Diversidad de Ciudad Delicias.   During the meeting, they all highlighted the importance of supporting LGBTI persons’ right to dignity.