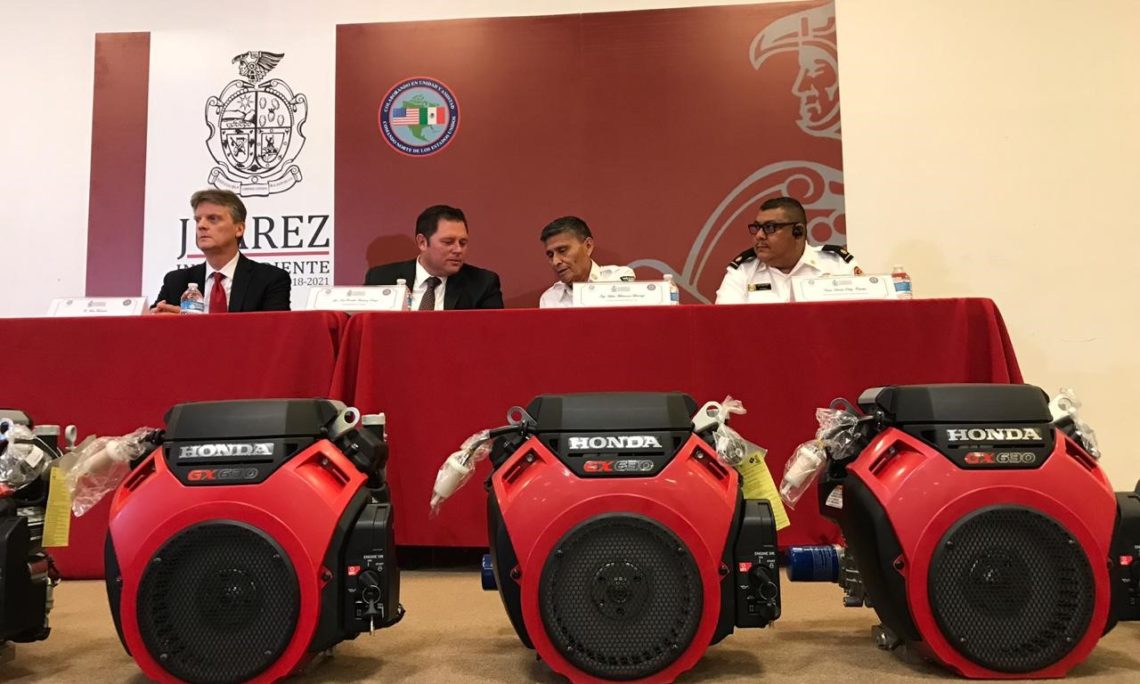 “We know these items will be of great assistance to the Juarez Fire Department, and we are proud to contribute to the great service these brave firefighters provide to the community they serve,” said Consul Tavenner.

The gas engines will provide the fire department’s light mobile units with the power required to assist the fire fighters during emergencies.  The chainsaws will be for pruning and removing trees and branches representing a risk to the citizenry during inclement weather conditions.  The water pumps will serve for water extraction from homes and businesses during flooding that occurs occasionally in the city.

“We appreciate the support provided to the fire department,” said City Manager Rodolfo Martinez, who also highlighted “the close cooperation and friendship” that exists between the Ciudad Juarez Municipal Government and the U.S. Consulate General.

The Chief of the Fire Department, Benito Ortiz, mentioned how this equipment will help them to continue providing fast and effective attention to the community during and after natural disasters or other types of emergency situations.

Ciudad Juarez’s fire department was founded in 1918 initially as a volunteer institution. Over the last 100 years, it has grown to include over 200 active personnel, including four women fire fighters.

The United States Northern Command’s Humanitarian Assistance Program funded the donation.  Since 2007, the Humanitarian Assistance Program has collaborated with numerous institutions in Mexico.  In Ciudad Juarez last year the program funded donations to the Colonia Tarahumara and two schools with support from the Chihuahua Business Federation’s (FECHAC) ADN after-school program.