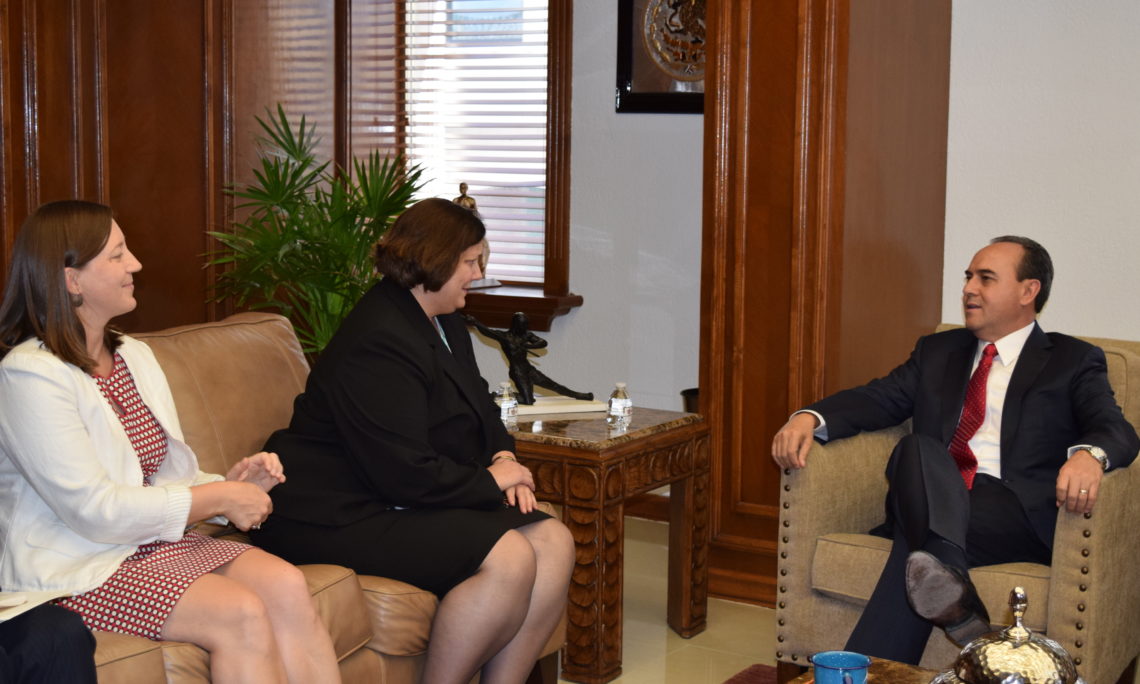 Highlighting the dynamism of the city of Chihuahua, the Consul General reiterated her willingness to continue to work jointly on education and security issues.

In their conversation, Consul General Darnell and Mayor Garfio also talked about the actions taken by the city to attract more investment and create jobs.

To conclude the visit, the Consul General applauded the interest of the city in promoting the study of English and educational exchanges through the Benjamin Franklin Corner located in the Municipal Mediateca Library.