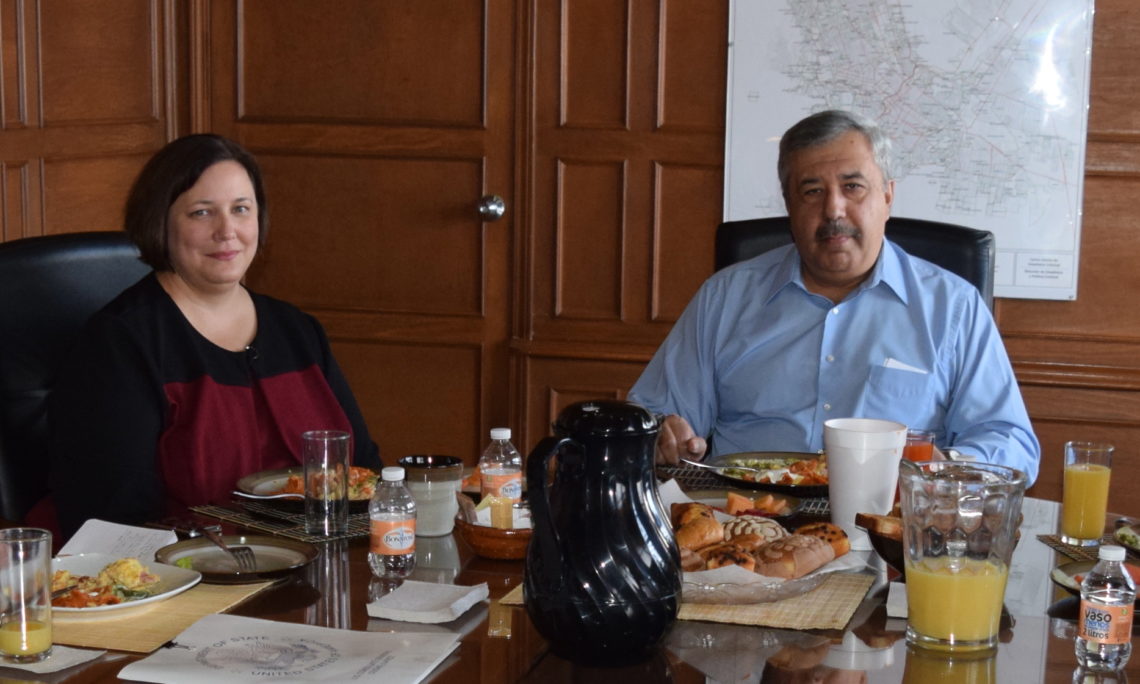 During the meeting, the Consul General learned about the standards for law enforcement agencies set by the State Attorney General’s Office and discussed, among other issues, the services provided by the U.S. Consulate General in Ciudad Juarez to U.S. citizens visiting or residing in the state.  Both officials agreed on the need to continue to train law enforcement officials.

Consul General Darnell reiterated the U.S. commitment to continuing to provide training and equipment under the Merida Initiative.