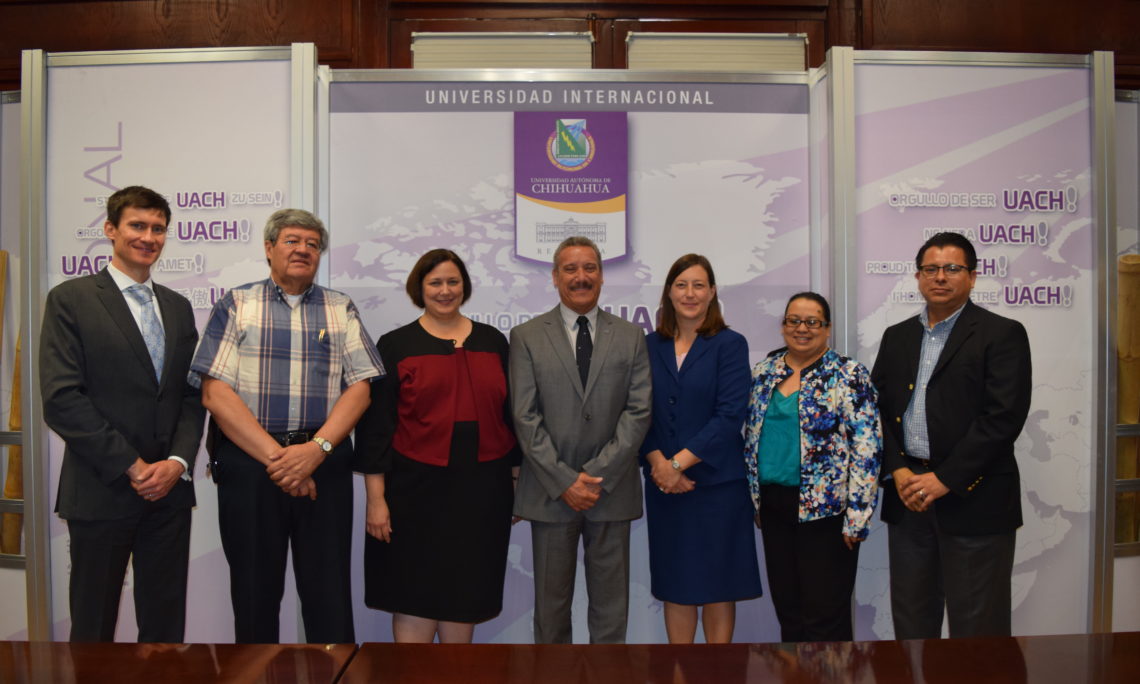 During the meeting they discussed scholarships available through the U.S.-Mexico Commission for Educational and Cultural Exchange (Comexus) and opportunities for institutional grants offered as part of the 100,000 Strong in the Americas Innovation Fund.  The Consul General stressed the importance of educational exchanges in developing a 21st century workforce and the Rector committed to further promoting these opportunities among the student community at UACH.

Consul Darnell also expressed her gratitude and appreciation for the work done by Chihuahua Autonomous University teachers who give English classes weekly to 60 young beneficiaries of the English Access Microscholarship Program, sponsored jointly by the U.S. Consulate General in Ciudad Juarez and UACH.