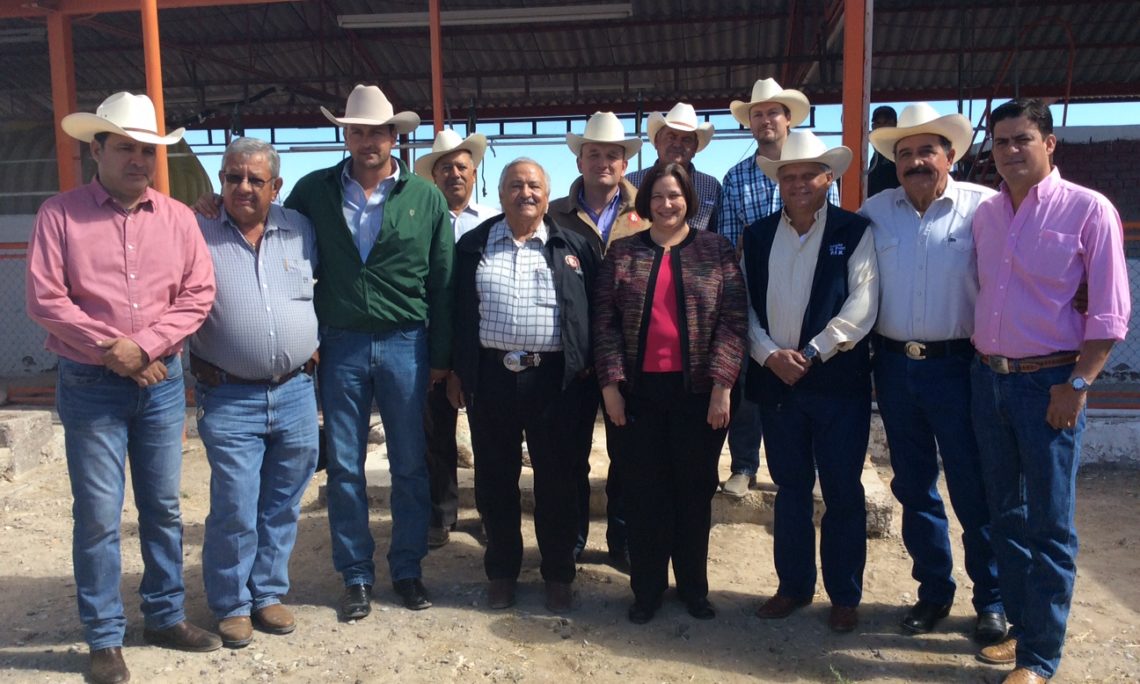 On March 30, the U.S. Consul General in Ciudad Juarez Daria L. Darnell visited the border region of Ojinaga, Chihuahua and Presidio, Texas.  The Consul General had the opportunity to meet with the mayors of Ojinaga and Presidio, Miguel Antonio Carreon Rohana and John Ferguson, respectively. During these meetings they talked about the positive changes that have occurred in the area and the Consul General reaffirmed her commitment to this community.

Accompanied by members of the Regional Livestock Union of Chihuahua, the Consul General also had the opportunity to visit the Ojinaga Quarantine Station through which farmers in Mexico export cattle to the United States.

“The border always shows us the close relationship and cooperation that exists between our authorities in various areas. In the case of the Quarantine Station of Ojinaga, we can see how this relationship enables more agile cattle trade,” said U.S. Consul General Daria L. Darnell.

Interested in the economic development of the region, the Consul General also spoke with representatives of the Solitaire Homes assembly plant on their development prospects and learned about this industry that generates employment in Ojinaga.

As part of her trip, Consul General Darnell also held a courtesy visit with the Consul General of Mexico in Presidio, Sergio Francisco Salinas and met with leaders of the city of Presidio, Texas, U.S. Border Patrol agents, and customs representatives on both sides of the border.