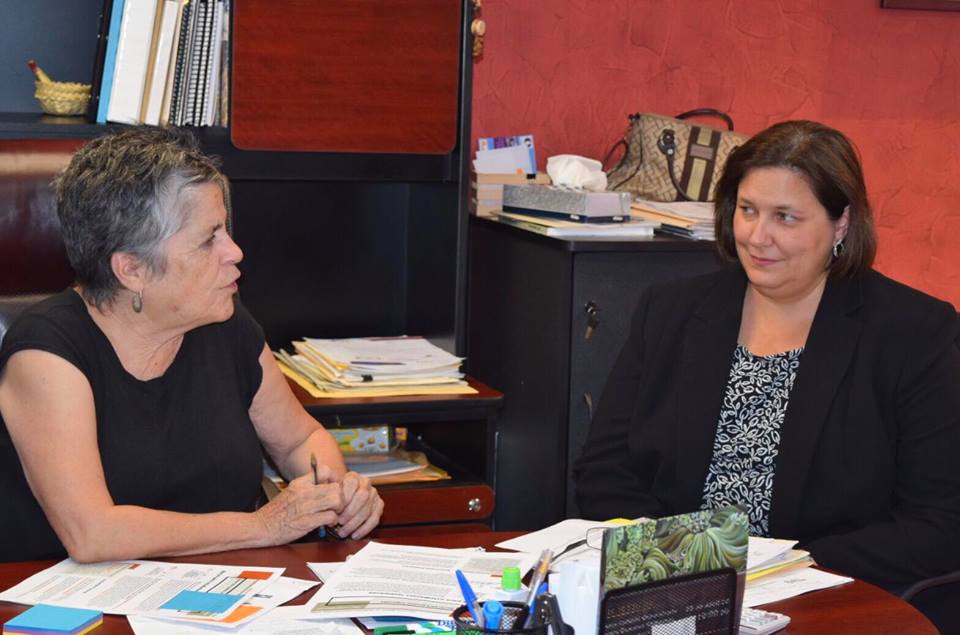 To continue her trip through Parral and the city of Chihuahua, on the afternoon of April 26, Consul General Daria L. Darnell met with the President of the Chihuahua Businesspeople Foundation (Fechac) Hector Jurado Sanchez, where they discussed programs that the U.S. government and Fechac are currently working on together.

On April 27, the Consul General met with the State Integral Family Development Office (DIF) where they talked about binational initiatives to promote the documentation of minors.  A group of Consulate General officials also met with Municipal DIF and Civil Registry officials to discuss the same issue.

At a meeting with Rector Alberto Fierro of the Chihuahua Autonomous University, Consul General Darnell stressed the need to continue promoting educational exchanges and thanked the rector for the university’s successful implementation of the English Access Microscholarship Program in the city of Chihuahua.

Gender equality and women’s empowerment were a few of the topics that Consul General Darnell discussed with Ana Margarita Blackaller Prieto, director of the city of Chihuahua Women’s Institute over lunch.  Highlighting the importance of defending the rights of indigenous people, Consul General Darnell also met with the Minister of Indigenous People Maria Teresa Guerrero at her office and discussed human rights and exchange opportunities at the University of New Mexico and a second program with ITAM/Stanford currently open for indigenous students. To conclude her visit to Chihuahua, Consul General Darnell met with the president of the Chihuahua Chamber of Commerce (CANACO), where they talked about trade and commerce and the opportunities that the Consulate General has to foster entrepreneurship. “Investing in developing entrepreneurs will only translate into greater benefits for businesses,” said Consul General Darnell.