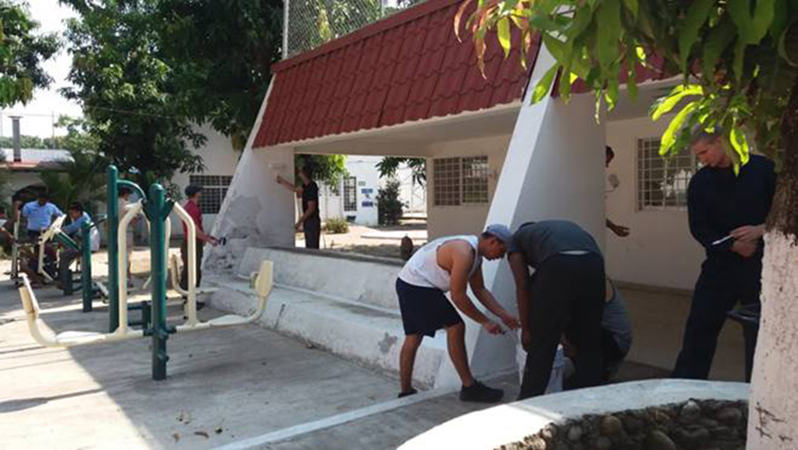 Coast Guardsmen assisted with renovation projects at the shelter, which was made possible through the partnership between the U.S. Department of State, DIF Federal and the National Immigration Agency (INM). Funded by the U.S. Northern Command (USNORTHCOM) Humanitarian Assistance program, the project upgraded the shelter’s interior and exterior.

The shelter exists as a safe facility for unaccompanied minors from Central America to have their needs met as their migration cases are reviewed. While residing in the shelter, children receive education, medical and psychological attention and recreational programs ranging from cooking classes to training in printing techniques. The shelter opened in 2005; since its inauguration, the number of unaccompanied minors from Central America requiring secure accommodations and food has dramatically increased in Mexico.