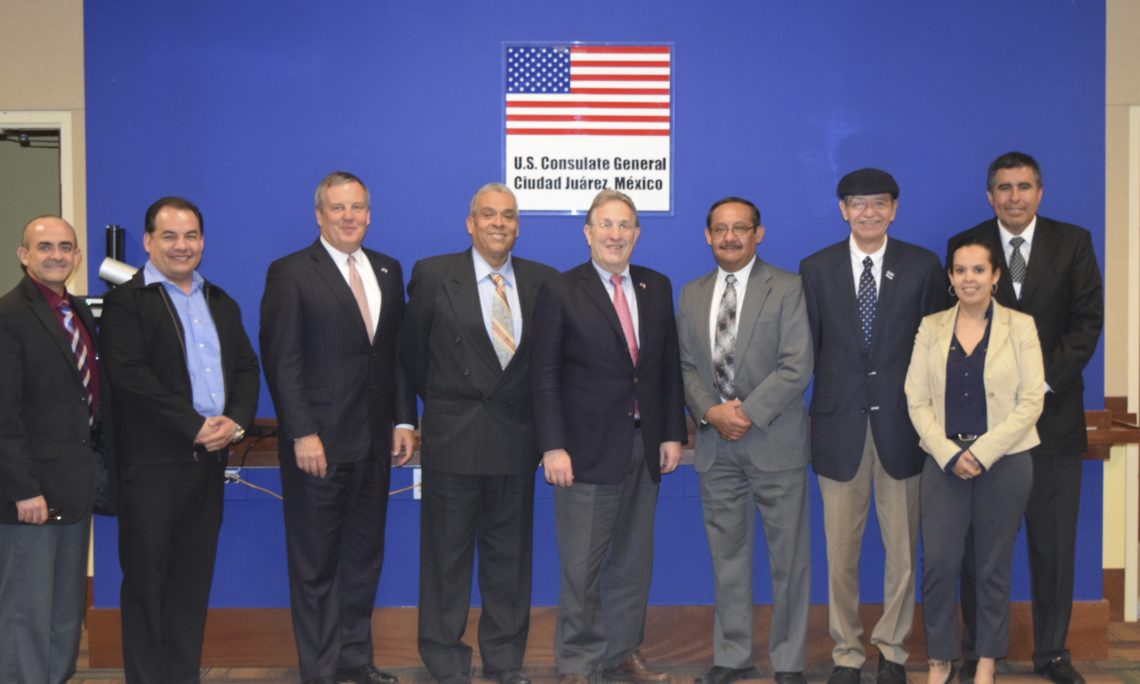 U.S. Ambassador Anthony Wayne met with Juarez civil society representatives during a visit to the city on March 2, 2015.

Committed to continuing the U.S. and Mexico’s shared efforts to advance civic engagement, security, and community leadership development in Chihuahua, Ambassador Wayne highlighted, “These civil society representatives embody what it means to be a true global citizen.”  “Whether bringing together the community, providing a voice to marginalized populations, playing a key role as government watchdogs, or equipping new generations with skills for success, I’m inspired by their efforts and optimistic about the future of this border region.”

At a separate meeting, Ambassador Wayne discussed a range of bilateral issues with top U.S. business leaders from Juarez and Chihuahua City including executives from Delphi, Lear, Flextronics, GE Healthcare, Heil Trailer, TPI, Johnson & Johnson, and Intermatic.  All talked about substantial growth in production and employment over the past year.

“There’s no place like the border, where it is evident that increasing trade and growing prosperity bring benefits to both the people of the United States and of Mexico,” he said.  “Together we can enhance regional competitiveness by growing our commercial and economic ties, innovating, and developing new investment opportunities.”

During his meeting with the business leaders, Ambassador Wayne took the opportunity to discuss accomplishments under the U.S.-Mexico High Level Economic Dialogue (HLED) and plans to further advance the U.S.-Mexico economic bilateral agenda, focusing on economic growth, job creation, and global competitiveness.  The business leaders explained some of the challenges they face with their goods and employees at the border and the Ambassador urged them to participate both in local bi-national conversations on improving border efficiency and, through their corporate representatives, to provide input into the HLED process.

On March 3, Consul General Ian Brownlee will host the bi-annual U.S. Mission to Mexico Principal Officers’ conference in Ciudad Juarez.  The Minister Counselor for Consular Affairs and consuls general from the U.S. Embassy in Mexico City and nine U.S. consulates in Mexico will gather for two days to coordinate their efforts to strengthen U.S.-Mexico relations.  Ambassador Wayne will open the conference.