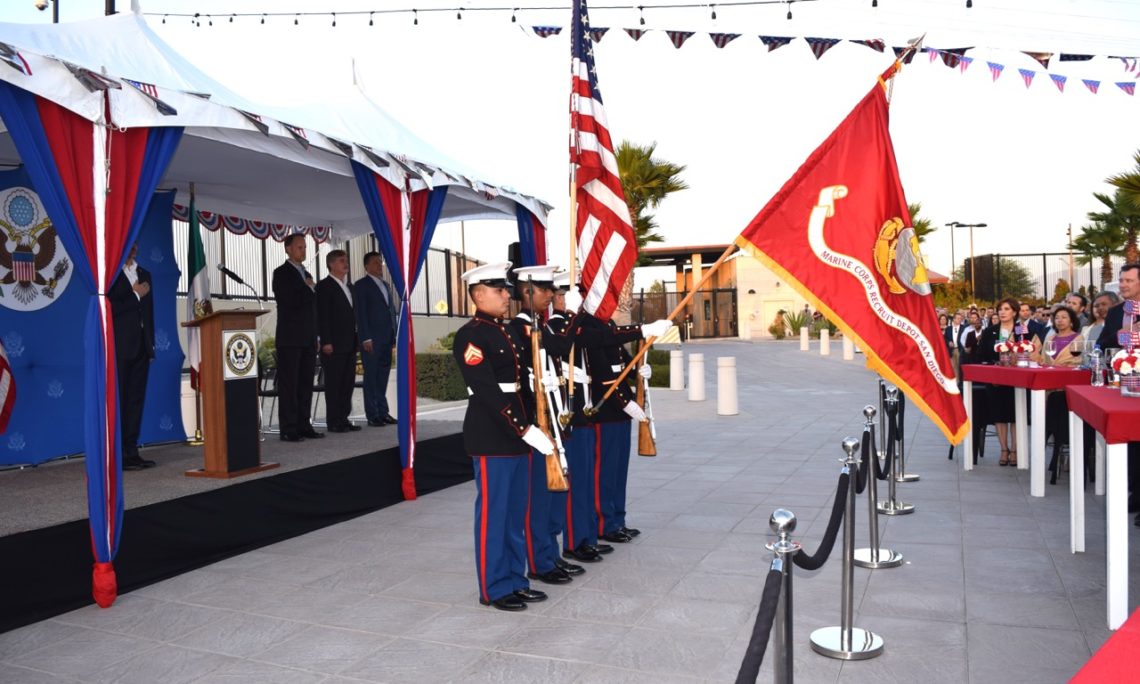 Will Ostick, Consul General of the U.S. in Tijuana  welcomed the guests who attended the reception to celebrate the 240th  Anniversary of the United States Independence. The reception took place at the U.S. Consulate General in Tijuana. Among the guests who attended  the ceremony where  Francisco Vega de la Madrid, Governor of Baja California.; Jorge Astiazarán, Mayor of Tijuana; friends and partners  who collaborate with the US Consulate in Tijuana.