Home Página Inicial / News & Events / The U.S. Embassy launches the Merida Initiative’s National Program for the Professionalization of the State and Municipal Police 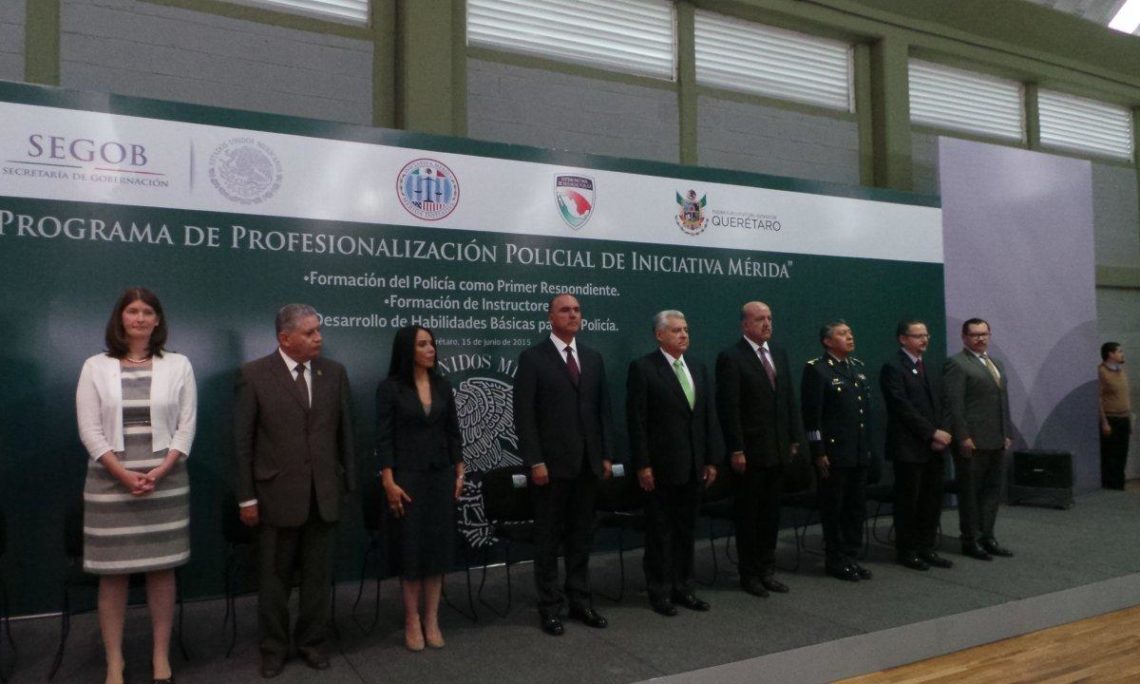 U.S. Embassy launches the Merida Initiative’s National Program for the Professionalization of the State and Municipal Police

June 15, 2015 – The U.S. Embassy in Mexico City officially launched the Merida Initiative’s National Program for the Professionalization of the State and Municipal Police in four states – Queretaro, Guanajuato, Durango and Chihuahua.  This program supports the efforts of the Government of Mexico to train members of the police and ensure that they receive basic training to fulfill their responsibilities under the new criminal justice system.

“At the end of this national training program we will have trained approximately 1,600 teachers in 32 states,” said Ambassador Wayne. “We are proud to collaborate with the Government of Mexico and provide the necessary support to fulfill its commitment to assist states in the transition to the new criminal justice system.”

The program supports the creation of strategies for the selection and approval of personnel, recruitment, training, modernization, specialization, analysis and recognition of security institutions in the three branches of government.  One goal of the program is to strengthen the police in their role as a first responder on the scene, training them in the use of tools and knowledge to properly execute functions such as scene preservation, obtaining preliminary data, report development and participation as witnesses in an adversarial criminal justice system.  The program has instructors specialized in this area and uses a strategy that promotes the standardization of procedures based on international best practices.

“The United States and Mexico work closely together through the Merida Initiative which has been the framework of bilateral cooperation that has enabled us to strengthen and implement efforts to combat transnational crime,” said the Head of the Government Unit at the Ministry of the Interior, David Garay Maldonado. “The launch of the Merida Initiative’s National Program for the Professionalization of the State and Municipal Police is a wonderful example of what we can achieve when we work together and represents the first step in creating a professional law and order force in Mexico.”

The Merida Initiative has allocated $250 million to this effort, in addition to more than $100 million applied to train and build capacity of state police.