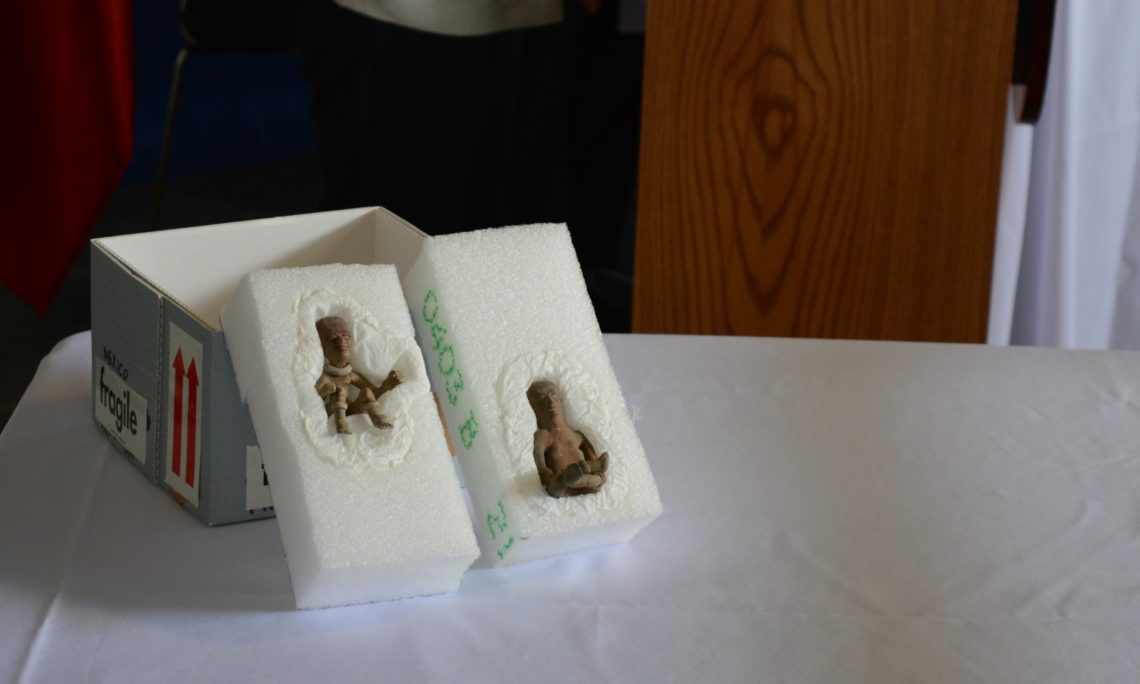 Mexico City, April 9, 2019, – On April 9, 2019, the U.S. Federal Bureau
Investigation, working through the U.S. Embassy in Mexico City, returned two
artifacts to the Mexican Ministry of Culture – National Institute of Anthropology.
The two pieces returned originated at a Mexican archeological site and are an
important part of Mexico’s cultural patrimony. Their design is in keeping with the
Teotihuacan style associated with the cultures that settled in the Mexican Central
High Plateau during the Mesoamerican Classic Period (200-700 AD).

The restitution of these pieces is the result of the close collaboration between the
United States and Mexico as part of our ongoing efforts to recover and return
cultural property.  These efforts were facilitated by the U.S.-Mexico Treaty of
Cooperation for the Recovery and Return of Stolen Archaeological, Historical and
Cultural Goods, signed on July 17, 1970.  The ancient and historic monuments,
objects, and archaeological sites of the world enrich and inform today’s societies,
and help connect us to our cultural origins. The United States government is
committed to combatting the theft and trafficking of cultural heritage and to
preserving and protecting it where it is found.

The FBI is pleased to complete this final step in the return of these objects as
part of its ongoing commitment to locate and return objects of cultural patrimony
globally and ensure they are secure and available to future generations.