Home Página Inicial / News & Events / The Consul General in Monterrey, Timothy Zúñiga-Brown, participated in the commemoration of the 169th anniversary of the Battle of Angostura. 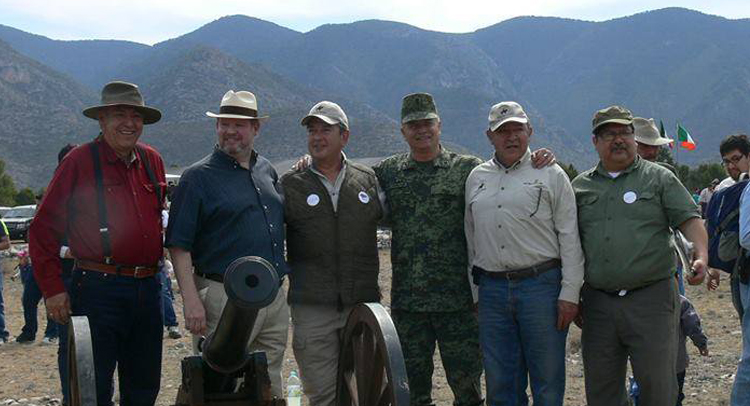 Consul General Timothy Zuniga-Brown during the ceremony along with authorities of the state of Coahuila and Mexican Army representative.

The Consul General in Monterrey, Timothy Zúñiga-Brown, participated in the commemoration of the 169th anniversary of the Battle of Angostura. The event was held in an area located south of Saltillo, Coahuila which was the location where the events between Mexico and the United States took place in 1847.

The commemoration was led by the head of the Ministry of Culture of the state of Coahuila with representatives of the Mexican Army, historians, as well as diplomats from Honduras and Ireland in attendance.

The visit was part of the Consul General’s outreach to the five states of the Consulate General’s district, including Coahuila, Durango, Nuevo León, San Luis, Potosí, and Zacatecas.