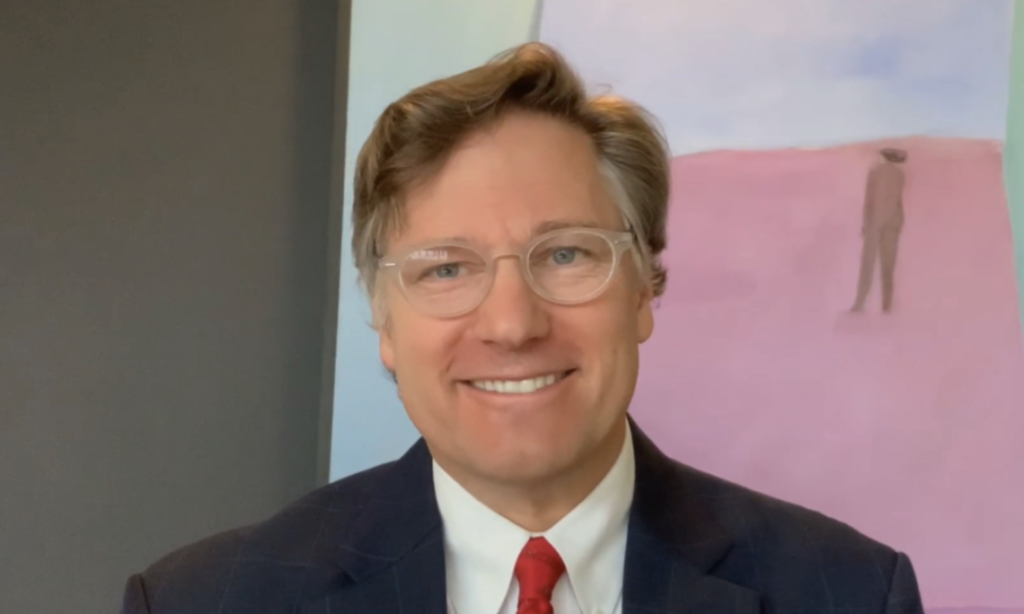 It’s an honor and a pleasure for me to participate in the World Trade Center Saint Louis’ Growing Global Virtual Event with so many distinguished guests, such as Saint Louis Mayor, Lyda Krewson, and Saint Louis County Executive, Dr. Sam Page.

I want to thank Tim Nowak and his team at the Saint Louis World Trade Center for inviting me to talk to you about the benefits of United States-Mexico-Canada Agreement (USMCA) and what it means to businesses and the export community in Saint Louis.

I’m glad that many of you know the benefits of our bilateral relationship with Mexico. Last year, our Commercial Service team here at the U.S. embassy in Mexico City helped organize a successful multi-industry trade mission led by the World Trade Center Saint Louis and the Saint Louis Hispanic Chamber of Commerce.

Thanks to that mission, 25 business and civic leaders from Saint Louis developed meaningful connections through matchmaking meetings and networking opportunities with Mexican private and public sector contacts, which included a reception in this very residence that I am now privileged enough to call home, so as they say here “mi casa es su casa”.

As a result of these connections, companies like Holtec Gas Systems, which was featured in the video you saw earlier, were able to find new trading partners and increase their sales to Mexico by up to one million U.S. dollars.

Trade missions such as these are fundamental to our shared goal of increasing prosperity for North America. I think it’s very important for people to understand that trade is very much a two-way-street in which both our countries can benefit.

Our bilateral relationship is highly complex, resilient and dynamic, as we’ve seen especially in the last few months due to the worldwide pandemic. This relationship directly impacts the lives of our citizens on both sides of the border.  We are intrinsically linked on multiple levels.

Mexico is the country with the most Americans who reside and visit there, more than any other country in the world outside of the United States. The same is true of Mexico; there are more Mexicans in the United States than in any other country. Similarly, Missouri’s cultural and economic ties with Mexico run deep, with over 15,000 Missourians born in Mexico and five Missouri cities have sister cities located in Mexico.

Our bilateral relationship has deepened and strengthened over the last 30 years, and commerce has been a key factor.

It’s no secret that the United States is the largest contributor of foreign direct investment in Mexico, including investments by St. Louis’ very own Build-A-Bear, Emerson, RGA, and many others.

But what you may not know is that Mexican companies are also making significant investments in the United States. In fact, Mexico is currently ranked as the United States’19th-largest investor with a total Foreign Direct Investment of 42.9 billion dollars. Nearly 82,000 U.S. workers are directly employed by U.S. affiliates of majority Mexican-owned firms. Some of Mexico’s most dynamic companies, such as Bimbo and Softtek have chosen to make Missouri their home in the United States.

USMCA will boost investments on both sides of the border and further deepen trade and investment ties between Missouri and Mexico.

The relationship between the United States and Mexico has never been stronger than it is right now.  The meeting between our Presidents last July showed that spirit and I am sure that this bond will help both countries as we try to recover from the economic downturn caused by the pandemic.

After 25 years of NAFTA, USMCA is an essential modernization of our commercial relationship. It broadens and deepens our economic ties, and reaffirms our status as the world’s most competitive region.

I’d like to underscore that this new agreement, among other benefits, protects creativity and innovation, and intellectual property. USMCA also enhances protection for workers and the environment, including strong new mechanisms to ensure that these provisions are enforced in Mexico.

USMCA is more inclusive of creative and digital industries that are essential to 21st century economies. It strengthens digital commerce, and it opens more opportunities for small and medium-sized businesses, which play an important role in our supply chains and create thousands of jobs on both sides of the border.

As we face the mutual challenge of the global pandemic, USMCA will be one of the necessary engines to move us forward, restart manufacturing and production, and give confidence to consumers and investors alike, so that our economies can grow. We need to learn how to live in this “new normal”, so that this health crisis doesn’t trigger an even worse economic crisis.

This new agreement gives us the perfect context to attract investments to North America and take advantage of the reshoring opportunities that were accelerated because of COVID-19, when many companies realized that they need to protect their supply chains and be close to home. It’s a win-win-win situation for all three companies of North America, because we all benefit

from bringing investments back to our region, as it’s better to have them here in our three countries rather than off in Asia and other far parts of the world.

I’m optimistic about the long-term trajectory of this relationship and the future of USMCA.  There are certainly going to be bumps along the way, the kind of bumps that you sometimes have within a family, but remember the ties that bind us are always stronger, as is as our desire to work together to benefit our people.

This agreement is a confirmation that the United States and Mexico are on the same team and we that we know that we are in this together as neighbors, partners, and friends.

Once again, I’d like to thank the Saint Louis World Trade Center for allowing to me to be a part of this year’s Growing Global event and share with you the virtues of USMCA.

Also, a special thanks to our Department of Commerce Colleagues at the U.S. Export Assistance Center in Saint Louis for all you do for the business community in this region of our country.

We look forward to our continued relationship working with you to further deepen trade relationships between St. Louis and Mexico.

Thank you very much! ¡Muchas gracias!