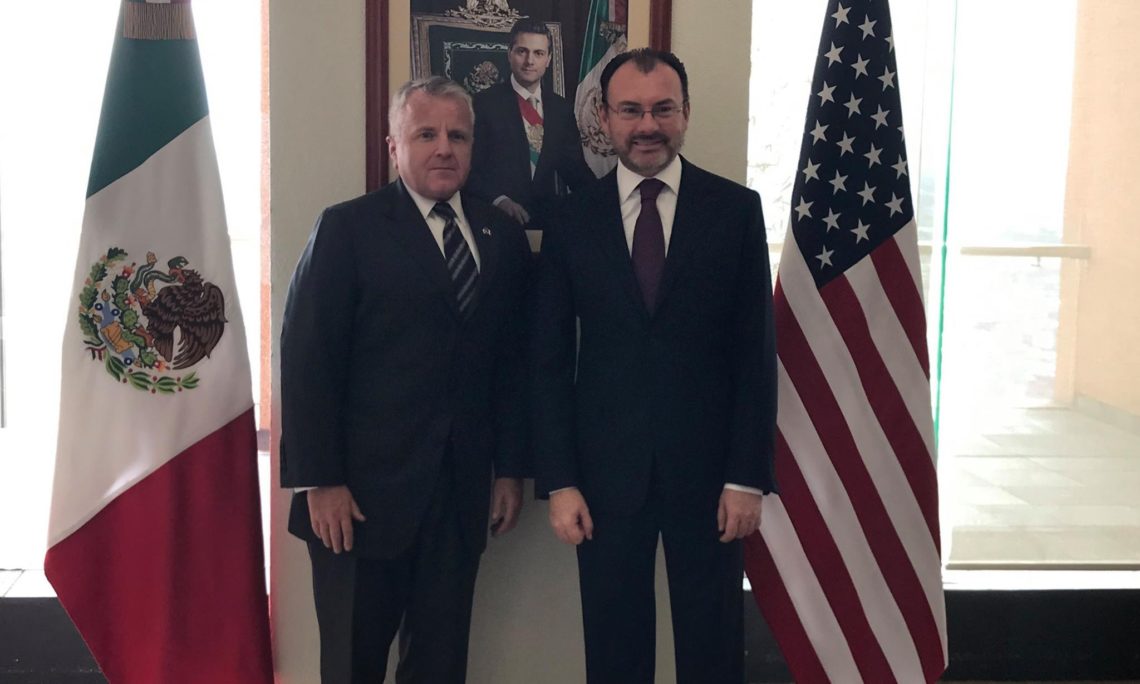 n addition to that, I’d like to mention to you our Deputy Secretary John Sullivan was in Mexico yesterday. He traveled to Mexico, and during his trip he delivered remarks to the annual Mexican Business Summit, where he reaffirmed the importance of the U.S.-Mexico bilateral relationship. Deputy Secretary Sullivan also met with Mexican President Enrique Pena Nieto, who delivered a keynote address at the summit. The deputy secretary then hosted a meeting with U.S. and Mexican business leaders who attended the summit. They discussed business opportunities and challenges for both countries.

Throughout the events, Deputy Secretary Sullivan reaffirmed the strong collaborative bilateral relationship with Mexico, a relationship that goes beyond economic ties and contributes to the security and prosperity of the American people.

Today, the deputy secretary met with the Mexican Foreign Secretary Luis Videgaray, in Mexico City to discuss our continuing joint efforts to dismantle transnational criminal organizations. Additionally, the two leaders noted their mutual concern about Venezuela’s retreat from democratic principles. The deputy secretary and Secretary Videgaray also reviewed other issues, including migration from Central America. Deputy Secretary Sullivan also met with American and local staff at our U.S. Embassy in Mexico City, where he had the chance to learn firsthand about the good work that our folks are doing down in Mexico. If I get any further – anything further on the deputy secretary’s trip, I will certainly bring that to you.