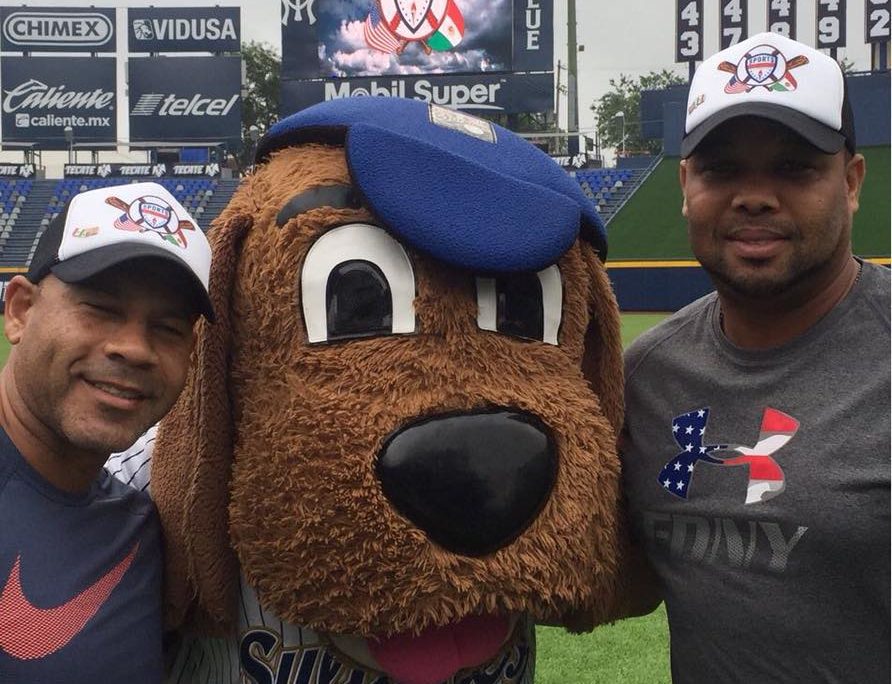 Feliciano and Cordero, two former pitchers, are part of the Sports Diplomacy program of the U.S. Department of State and trained local youth on batting, running bases, catching skills, and pitching. Monterrey professional baseball team Sultans Monterrey and their mascot the “Sultan Dog” as well as Tecolote’s mascot “Tico el Teco” also participated in the events.

“As Ambassador of Players Trust and Sports Diplomacy, I am very excited to share with the children of Monterrey and Nuevo Laredo the passion I have for the sport that gave me so much,” said Cordero, who recorded 329 saves during a 14-year career with six different clubs.

“Being able to be an Ambassador for the Players Trust and Sports Diplomacy shows that baseball has the ability to unite nations. As a Puerto Rican it gives me great joy to work with the children of Monterrey and Nuevo Laredo,” said Feliciano, who led MLB pitchers in appearances from 2007-2010.

U.S. Consul General in Nuevo Laredo Phillip Linderman said: “Baseball is a great tradition and a way to connect with people from all backgrounds. The consulate was thrilled that former major league players came to Nuevo Laredo to share their experiences and expertise. Passion for baseball, for fun sports activities in general, can change lives.”

The baseball clinics were carried out with the support of Monterrey’s Binational Center, Multimedios, Sultans Monterrey, the Amateur Baseball Association of Nuevo Leon and Tecolotes Dos Laredos who joined forces with the U.S. Consulates to support these activities that bring the two countries closer together through sport.