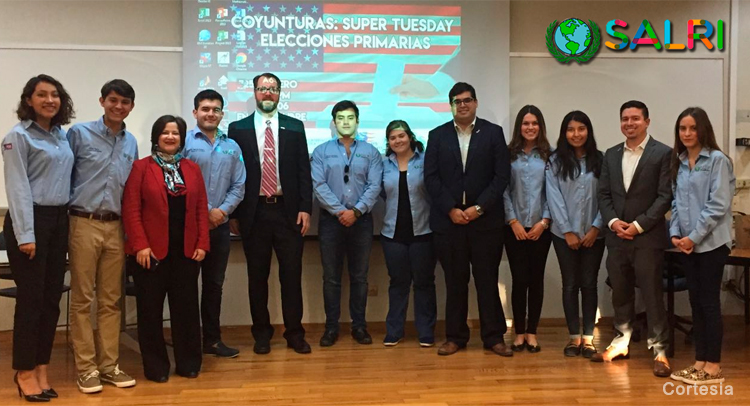 Vice Consuls Greg Gonzales, Jacob Hall and Jose Marina-Torres spoke to a group of about 200 students and teachers about the U.S. presidential election.

The official explained the history of primaries and caucuses system and their impact on the U.S. political landscape. They also introduced the 2016 presidential candidates. Following the presentation, the officers responded to questions from the audience.

The questions referred to the demographic representation of the early primary states and the “caucus” and if Mexico should adopt a primary system, among other topics.

Most attendees were students of Tec de Monterrey from various academic programs.