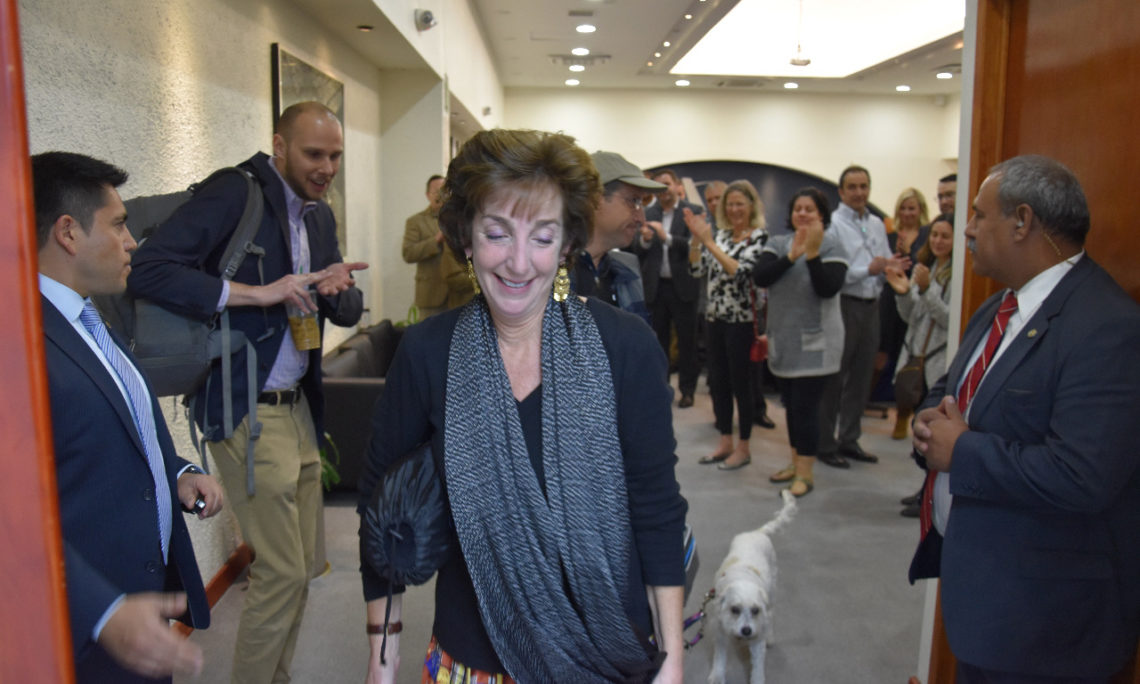 Mexico City, May 5th, 2018 – “I am sad to leave Mexico, but take with me a deep affection for this marvelous country and the Mexican people. I believe we have made great strides in our bilateral relationship. I am not saying goodbye, but rather so long for now!” So said U.S. Ambassador to Mexico Roberta S. Jacobson upon her departure for the United States via a commercial flight.

Ambassador Jacobson, who arrived in Mexico on May 26, 2016 and presented her credentials to President Peña Nieto on June 20, 2016, was accompanied by her husband, Jonathan Jacobson.

After a 30-year career with the State Department, most of them dedicated to the Western hemisphere, Ambassador Jacobson is retiring from the U.S. Foreign Service.