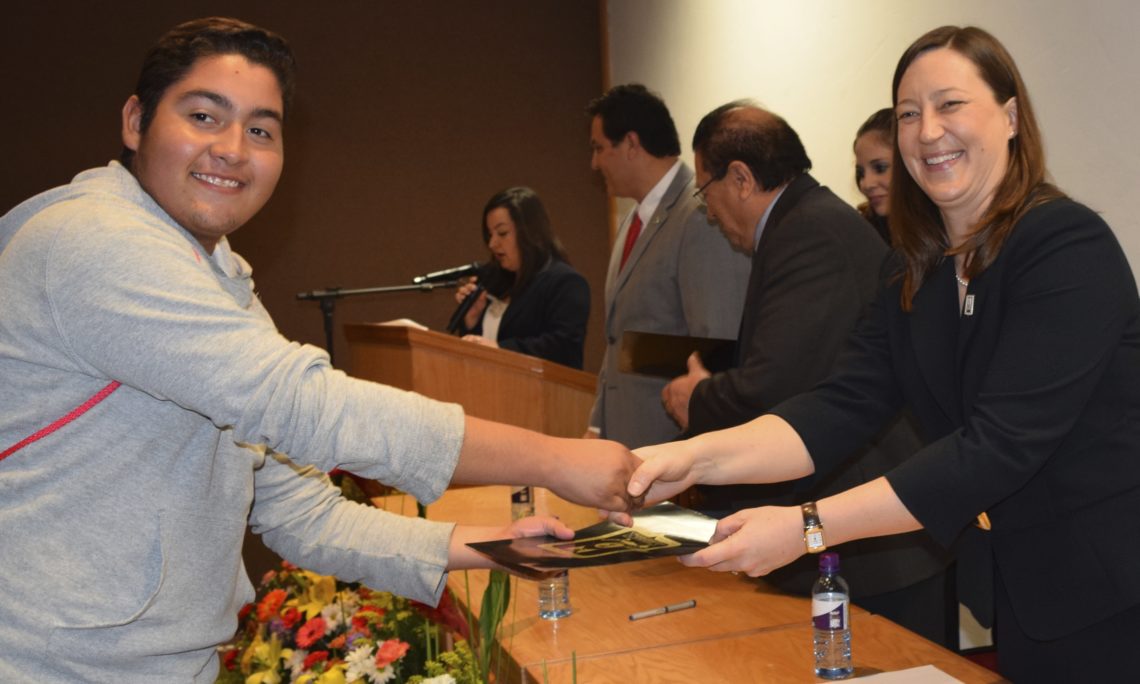 March 13, 2015 – The U.S. Consulate General in Ciudad Juarez and the Faculty of Arts at the Chihuahua Autonomous University (UACH) presented certificates to the 60 young beneficiaries of the English Access Microscholarship Program at a ceremony today officially launching the program.

The Consulate General funds 40 scholarships and UACH 20 – all 60 young participants were rigorously selected by the UACH Faculty of Arts from three areas of the city of Chihuahua identified by the State Office of Crime Prevention. The participants, ages 13 to 15, attend 17 different schools in the city.

The objectives of the Access program are to provide English classes to young people to raise their academic performance and to enhance their chances to participate in scholarship programs and exchanges in the future. In addition to English classes taught by UACH teachers every Saturday from 9:00 a.m to 2:00 p.m., the students participate in extracurricular activities in collaboration with the Benjamin Franklin Corner where they learn about the United States and American culture through cultural, sports and recreational activities.

In her remarks, Consul Shannon Hill expressed appreciation for the collaboration of the Chihuahua Autonomous University and the participants, saying “I want you to know that you have been chosen for this program because of your ability and talent. We expect great things because we know all the ingredients for success are already in you. This is the first step in speaking, reading, listening and even dreaming in English.”

Since its inception in 2004, approximately 95,000 students in more than 85 countries have participated in the English Access Microscholarship Program.  In Mexico, the program was launched in 2009 by the then Secretary of State Hillary Clinton with six groups in three states. More than 600 Mexican students have benefited from the program since its launch.  This is the first time the English Access Microscholarship Program is being implemented in Chihuahua.