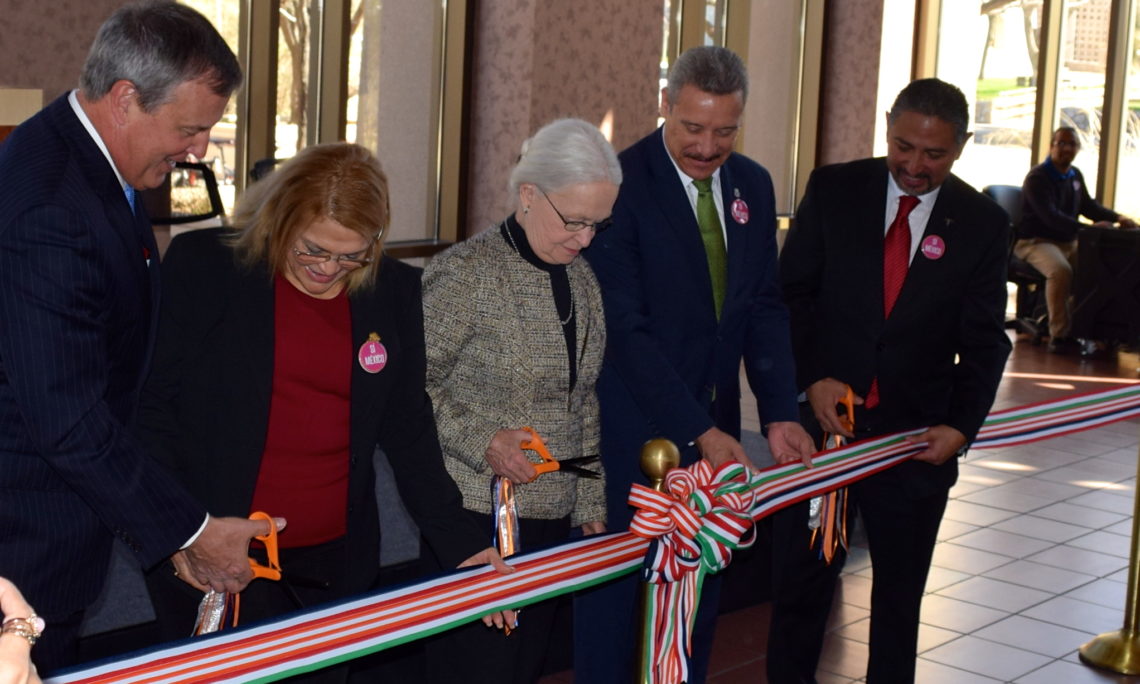 What:  Fair / Exposition of Mexican Universities at UTEP

Where: Undergraduate Learning Center at The University of Texas at El Paso (UTEP)

All media is invited to the ceremony at 10:00 am

In 2013, presidents Enrique Peña Nieto and Barack Obama announced the creation of the Bilateral Forum on Higher Education, Innovation and Research (FOBESII by its acronym in Spanish). The mission of this forum is to promote academic exchanges between Mexico and the United States. Increasing the opportunities for students in both countries will strengthen our binational relations and better prepare our future leaders to insert themselves in the international workforce market of the 21st Century.

With this in mind and taking into account the need to make North America a more innovative and competitive region, the Consulate General of México in El Paso, the Consulate General of the United States of America in Ciudad Juarez, and The University of Texas at El Paso (UTEP) decided to invite representatives from a group of Mexican universities to participate in “Sí México”, a fair / exposition of Mexican universities that will take place on March 5th, 2015, from 9:00 am to 3:00 pm at UTEP.

This fair / exposition will focus on providing information to students of the Paso del Norte Region in order for them to be aware and take advantage of the different opportunities that exist to study in Mexico, including the possibility to receive a scholarship to do it.

Every year more Mexican students enroll in UTEP than in any other higher education institution in the United States. The goal of increasing the number of U.S. citizens from  the Paso del Norte region attending Mexican universities is of great importance in the construction of a more integrated binational border economy, a more competitive region at an international level, and also important for the wellbeing of its people.

We invite the media to attend the opening ceremony of “Sí México”, during which Diana Natalicio, President of UTEP; Jacob Prado, Consul General of Mexico in El Paso; and Ian Brownlee, Consul General of the United States of America in Juarez, will share additional information regarding this initiative.