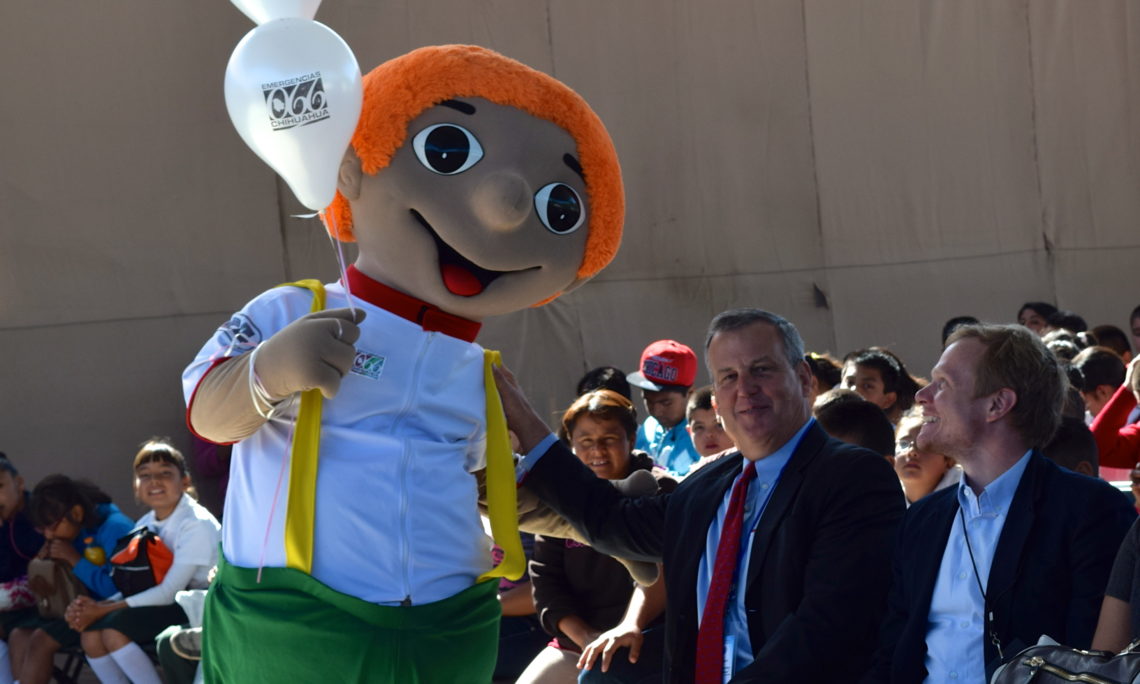 On April 22, 2015, the civil association Ciudadanos Organizados para el Desarrollo Integral de las Comunidades (CODIC) held Sharing experiences and building trust, at which 1,200 children, parents and teachers from different schools learned about the importance of fostering a culture of lawfulness through the correct use of tip lines and the correct way to provide an anonymous tip.

The U.S. Consul General in Ciudad Juarez Ian Brownlee said “it seems like a small thing, but to educate ourselves about these issues strengthens social cohesion, safety and community integration, and forges a social crime prevention network, which will help to further transform this city.”

Bureau of International Narcotics and Law Enforcement Affairs Culture of Lawfulness program coordinator Roland Minez said that in collaboration with CODIC, they worked with concerned citizens. “We wanted to prepare them so that in the future they continue spreading the values ​​and principles that have been instilled in them,” said Minez.

In December 2008, Mexico and the United States signed the Merida Initiative, opening a chapter of historical cooperation recognizing the shared responsibilities of the United States and Mexico to counter the effects of organized crime that threaten citizens on both sides of the border. Through five years of implementation, the Merida Initiative has led to increased security cooperation, providing tangible support to security and judicial institutions in Mexico, and has helped to spur efforts to stop the flow of arms, illicit narcotics and funds. To date, the Merida Initiative has provided the Government of Mexico about $ 1.2 billion in equipment and training.