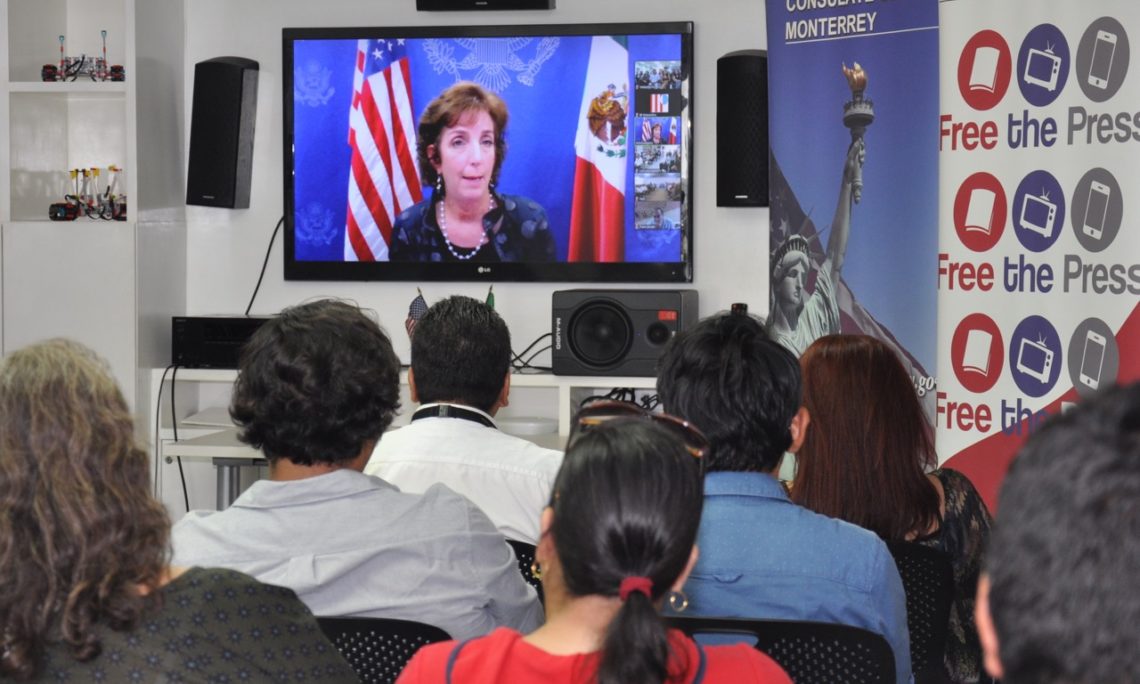 Monterrey, NL October 1, 2017 — For the second year, the U.S. Consulate General in Monterrey, in coordination with the Consulates General in Matamoros and Nuevo Laredo, conducted a series of professional seminars – Free the Press 2017 – for journalists offered by U.S. experts. The seminars addressed over 100 distinguished journalists from the states of Coahuila, Durango, Nuevo Leon, San Luis Potosi, Tamaulipas, and Zacatecas. The series featured virtual sessions from the United States with connections to the cities of Monterrey, Matamoros and Nuevo Laredo.  During the last session on September 29, Ambassador Roberta Jacobson addressed the journalists and took questions.  Following the final session, each Consulate General hosted a reception and granted certificates to those journalists who participated in the three sessions. The series, which ran from July to September 2017, covered topics such as photo and video techniques for journalists with Bill Gentile; advanced techniques for investigative journalism with Lynne Walker; and protection mechanism for covering high-risk stories with Frank Smyth. The Free the Press seminar series is part of on-going efforts by the U.S. Mission to Mexico to support journalism, freedom of expression, and the professional development of reporters throughout Mexico.