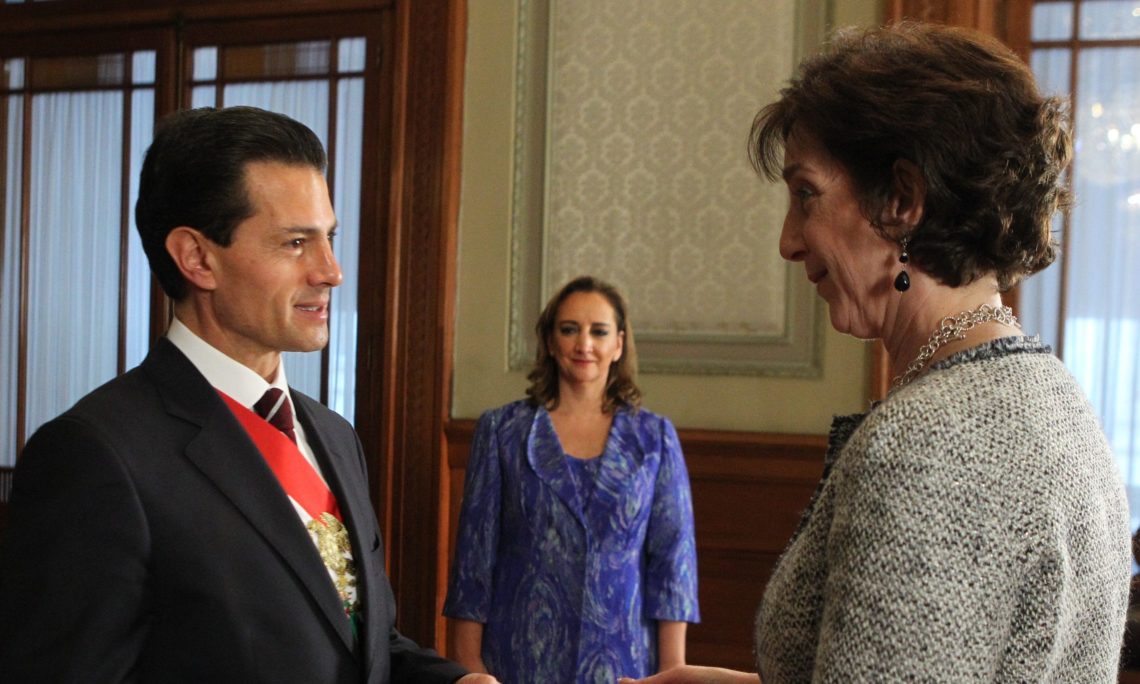 Mexico City, June 20, 2016 – “Good afternoon.  I want to express my appreciation to President Enrique Peña Nieto for having received the Letters of Credence issued by President Barack Obama regarding my designation as Ambassador Plenipotentiary and Extraordinary of the United States of America in Mexico.  I am very excited to have the opportunity to represent my country, and to work with President Peña Nieto and his team on the many and varied themes of our bilateral agenda.

“As I noted several days ago during my swearing-in ceremony in Washington, D.C., I believe this is a great time for the relationship between the United States and Mexico, as well as a great time to lead the U.S. Mission in Mexico.  The opportunities for bilateral cooperation have never been better, and it is up to us to take advantage of the new paths of unprecedented cooperation that exist.  I am committed to leading my team with that objective in mind, because I am convinced that a solid relationship between the United States and Mexico is good for the United States, is good for Mexico, and is particularly good for the 438 million citizens of both countries.

“I cannot leave out the importance of the media in building sound relationships, and I look forward to working with you to ensure that we are doing everything we can to promote understanding and trust between our two countries.”