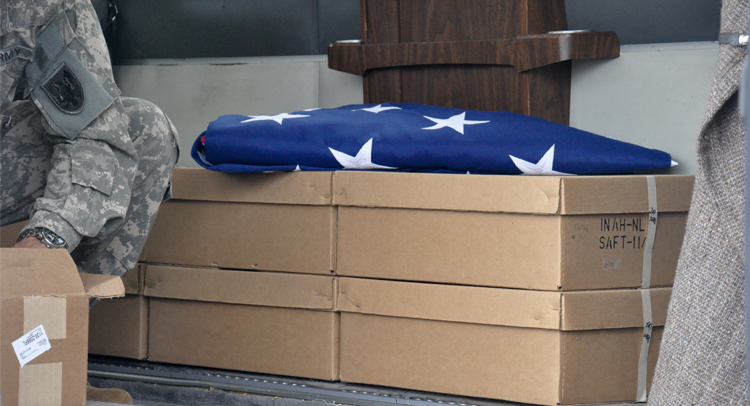 Monterrey, NL September 27, 2016 — The Embassy of the United States of America and the Consulate General in Monterrey wish to thank the federal government of Mexico, the state government of Nuevo León, and the authorities of Mariano Escobedo airport for their assistance in repatriating remains identified by the Instituto Nacional de Antropología e Historia (INAH) and the U.S. Armed Forces Medical Examiner System as the remains of several U.S. soldiers from the 1846 Battle of Monterrey.

The remains were discovered in 2011, and we are happy that they are coming back home to the United States today, September 27, 2016. We would also like to extend a special thanks to Mexico’s Foreign Ministry (SRE) and the INAH for their invaluable help in this matter.