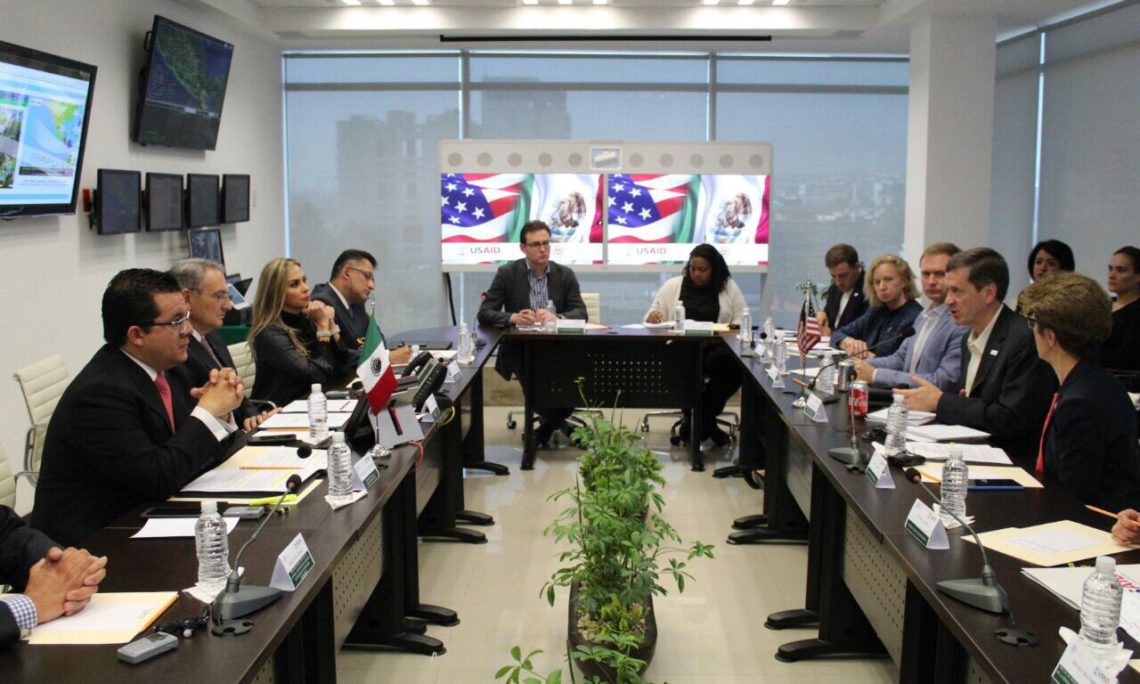 Mexico City, October 27, 2017 – Continuing his visit to Mexico City today, United States Agency for International Development (USAID) Administrator Mark Green met with Luis Felipe Puente, México’s National Coordinator for Civil Protection.  They discussed the recent earthquakes that struck México, and Administrator Green expressed condolences for those who lost homes and loved ones as a result of these devastating natural disasters.

The Administrator praised the live-saving work done by Mexican first-responders, including those with whom USAID’s partner search-and-rescue teams worked closely to support México’s response to the September 19th earthquake.  He highlighted U.S.-Mexican cooperation after the earthquake as a sign of the close ties between the two countries.  The Administrator also thanked the Mexican Government for its offers of support in response to hurricane damage in the United States.

The Administrator later visited earthquake-recovery sites, and met with USAID-funded and Mexican Government and private-sector engineering teams who are working together to conduct structural assessments of damaged buildings.

On his second day in Mexico City, Administrator Mark Green also met with formerly incarcerated youth at a USAID-supported halfway house that rehabilitates  them and provides an opportunity for them to receive an education, develop job skills, and build a future for themselves.  The Administrator also spoke with Mexican journalists, who continue to do vital work despite violent threats to their safety and that of their families.  He expressed USAID’s support for freedom of the press, including through programs to protect journalists and promote independent media.