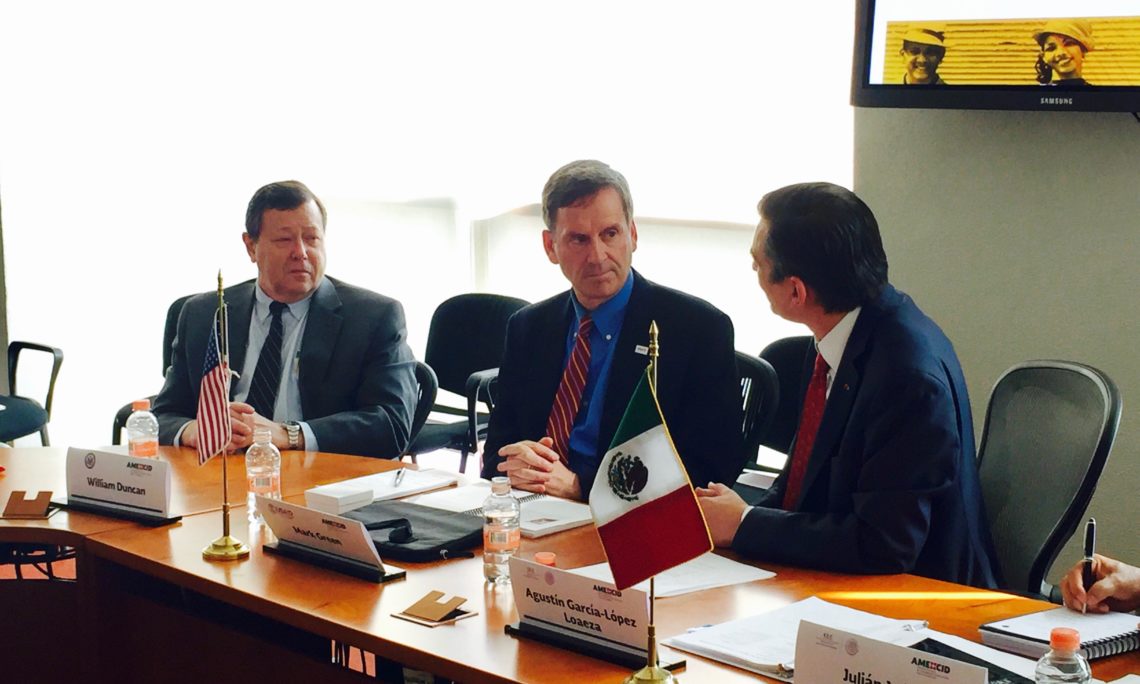 The following is attributable to Acting Spokesperson Clayton M. McCleskey:

United States Agency for International Development (USAID) Administrator Mark Green met with Ambassador Agustin Garcia-Lopez, Executive Director of the Mexican Agency for International Development Cooperation (AMEXCID) on October 26. Administrator Green offered his condolences for the lives lost in Mexico’s two recent earthquakes and expressed the solidarity of the United States with the people of Mexico.

The Administrator and the Executive Director agreed to deepen cooperation between the United States and Mexico to address the security, governance, and economic drivers of irregular migration from Central America. They discussed the U.S-Mexico agreement to enhance coordination on initiatives that combat crime and violence; address corruption and impunity; promote good governance; disrupt transnational criminal organizations; improve public health; and provide greater economic opportunity in Guatemala, El Salvador, and Honduras.The agreement comes as a result of discussions between the United States and Mexico at the Conference on Security and Prosperity in Central America, co-hosted by the two governments in Miami in June 2017.

The Administrator noted the strength of USAID’s growing partnership with AMEXCID since its founding in 2011. He and the Executive Director agreed to pursue additional areas of potential cooperation between the United States and Mexico as the two countries work to promote prosperity and security in the region. Administrator Green also highlighted the need to collaborate with the private sector to develop and implement innovative development initiatives.