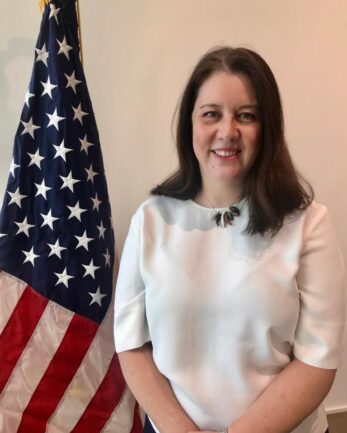 Deanna Kim is a career member of the Foreign Service and Principal Officer at the U.S. Consulate in Nuevo Laredo. She previously served as Deputy Coordinator in the Office of Cuban Affairs and Deputy Director in the Office of State-Defense Integration. Her prior domestic service includes assignments for the Bureau of Political-Military Affairs, the Director General of the Foreign Service, and the Bureau of East Asia & Pacific Affairs. Her overseas postings include Paraguay, Singapore, the American Institute in Taipei, and South Korea.

Ms. Kim is married and has two children.