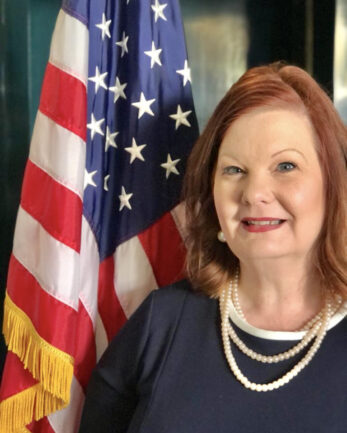 Laura L. Biedebach is a career Foreign Service Officer with the U.S. Department of State since 2002.  She will begin her assignment as Consul General for the U.S. Consulate in Nogales, Mexico in August 2020.

Prior to returning to Mexico, she served as the Deputy Consul General at the U.S. Embassy in Paris, France where she was responsible for services to U.S. citizens.  She directed emergency consular response and crisis management covering the four million annual U.S. citizens visitors and residents in France.  Previously, she was the chief of the visa section at the U.S. Consulate General in Tijuana, Mexico.  She has also served as a consular officer in Guatemala and the Philippines.

In Washington, Laura has worked on various policy and management issues.  She has led the Iraqi and Afghan Special Immigrant Visa Program and managed global consular staffing and Foreign Service assignments for Consular Officers.  In addition, she previously served as the Special Assistant to the Assistant Secretary of State for Legislative Affairs and as an instructor at the Foreign Service Institute in Arlington, Virginia.

Before joining the Foreign Service, Laura was the constituent services director for a Member of Congress in his California district office.  She received her bachelor’s degree in Political Science from the University of California, Los Angeles.  Laura speaks Spanish and French.