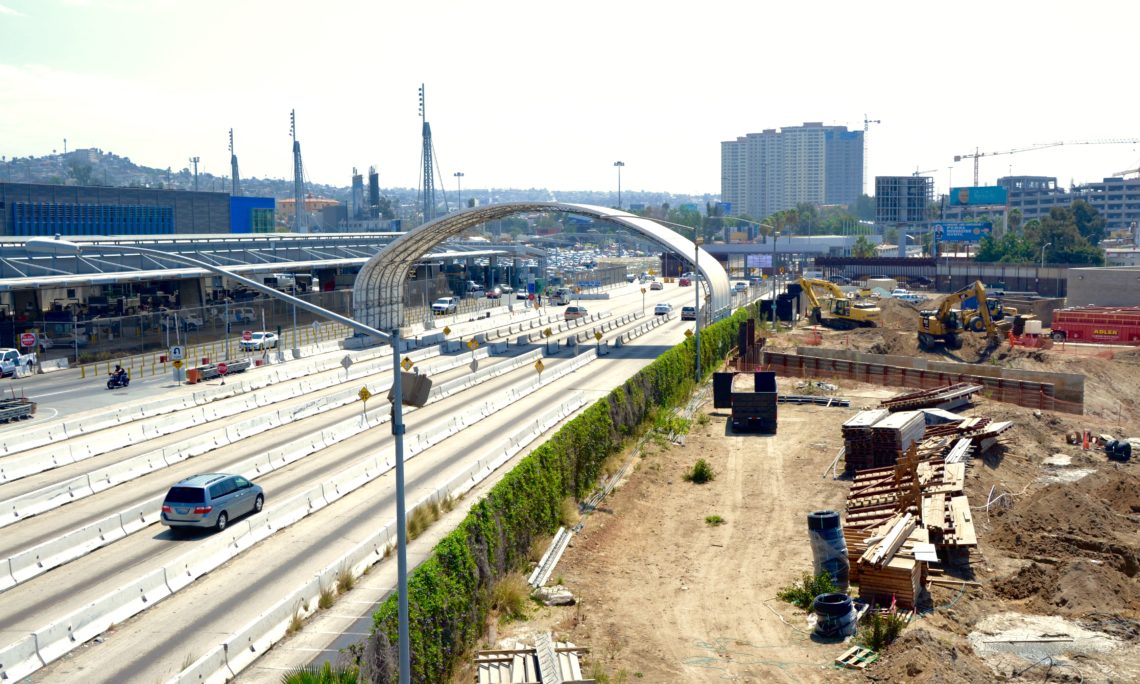 The governments of the United States and Mexico are pleased to announce the opening of the newly realigned segment of the Interstate 5 (I-5) south freeway to Mexico at the San Ysidro Land Port of Entry (LPOE) on January 25.

The new temporary segment offers a softened curve to the Mexican inspection station, El Chaparral, in Tijuana.  Additionally, this project milestone clears the way for the expansion and permanent realignment of the I-5 south freeway to ten southbound vehicle lanes as well as the construction of 15 additional northbound vehicle inspection booths over eight lanes.  These facilities will, when completed, complement the Government of Mexico’s El Chaparral inspection facility completed in 2012.

This work underscores the close collaboration between the governments of the United States and Mexico as well as state and local government agencies involved with the San Ysidro LPOE modernization and expansion project.  The shared goal is to provide improved border infrastructure to facilitate travel between both nations.  San Ysidro is the busiest land border crossing in the Western Hemisphere with more than 70,000 northbound vehicle passengers and 20,000 northbound pedestrians daily.