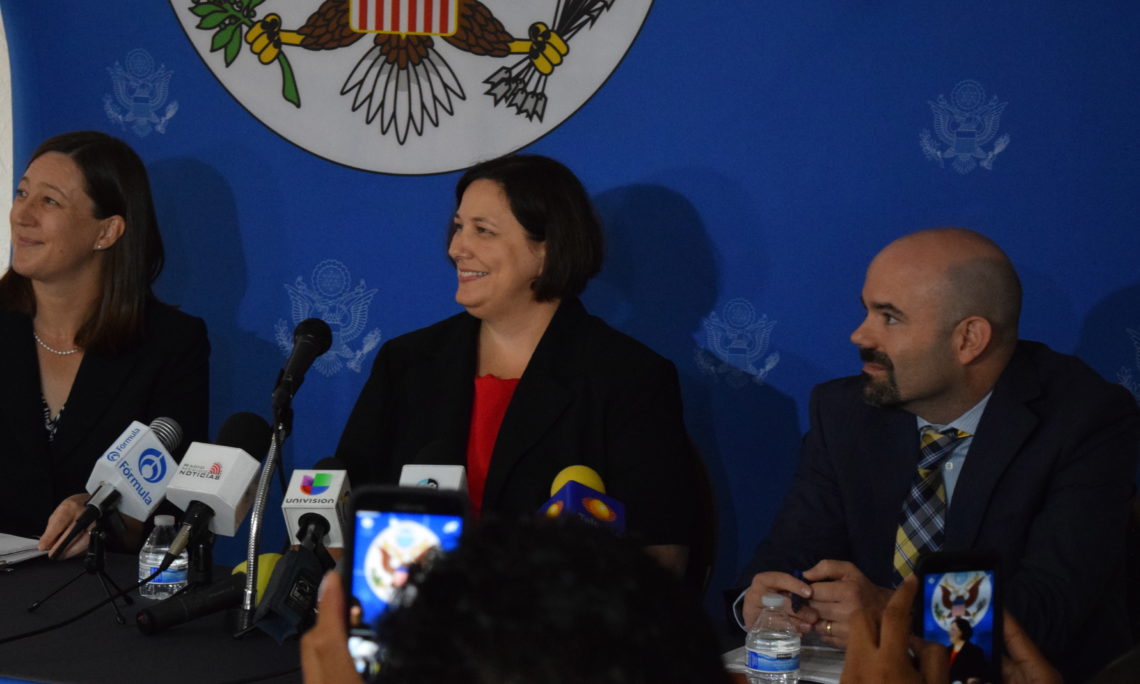 September 21, 2015 – U.S. Consul General Daria L. Darnell arrived in Ciudad Juarez on September 17. Today, as her first public activity, she held a press conference where she expressed her commitment to promoting and maintaining efficiency in consular processes and emphasized the importance of collaboration with the three levels of government, business, civil society and educational institutions, and stressed that this collaboration would continue.

“Our two countries enjoy strong partnerships in different areas, from trade to education, from security to judicial training, from the environment to the training of young people. We will continue to work with our Mexican partners in all these areas, “said Consul General Darnell.

She added, “We must continue to transform the best ideas into best practices that enhance competitiveness, facilitate trade, and serve as an incentive for economic development in the region.”

U.S. Consul General Daria Darnell joined the U.S. Foreign Service in 1994 and was the General Services Officer in Macedonia for her first tour.  Ms. Darnell has held consular assignments in Colombia, Slovakia, South Korea and the Visa Office in Washington, D.C.  She also served as Deputy Director of the Provincial Reconstruction Team Office at the U.S. Embassy in Afghanistan and as the Principal Officer at the U.S. Consulate in Adana, Turkey.

Immediately prior to her assignment in Ciudad Juarez, Ms. Darnell was the Director of the Office of Domestic Operations in the Visa Office in the Bureau of Consular Affairs of the U.S. Department of State.