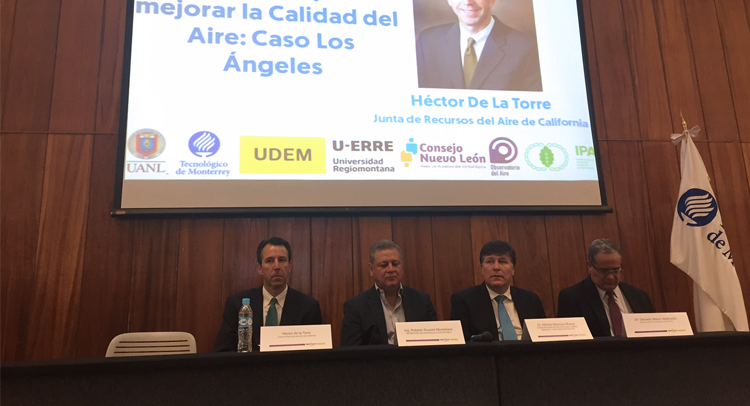 The Consulate General in Monterrey joined the Nuevo Leon State Secretary of Sustainable Development to sponsor the visit of U.S. guest speaker Mr. Hector De La Torre of the California Air Resources Board.  Among Mr. De La Torre’s activities while in Monterrey was a public lecture at the Tecnologico de Monterrey University in which he shared lessons learned and best practices used over decades to successfully and dramatically improve air quality in Los Angeles.  A copy of his presentation is available here: ARB-Overview-2016 (PDF, 1.9Mb)

Mr. De La Torre also joined a press conference with the Nuevo Leon State Secretary of Sustainable Development to discuss the state’s plans to address the global challenge of air pollution locally in the Monterrey metropolitan area.  As part of his visit, Mr. De La Torre also met with state officials and business leaders who are innovating ways to promote sustainable air and water resources, explore cross-border investment opportunities, and create renewable energy projects that will benefit the economy while protecting the health of the people of Nuevo Leon.