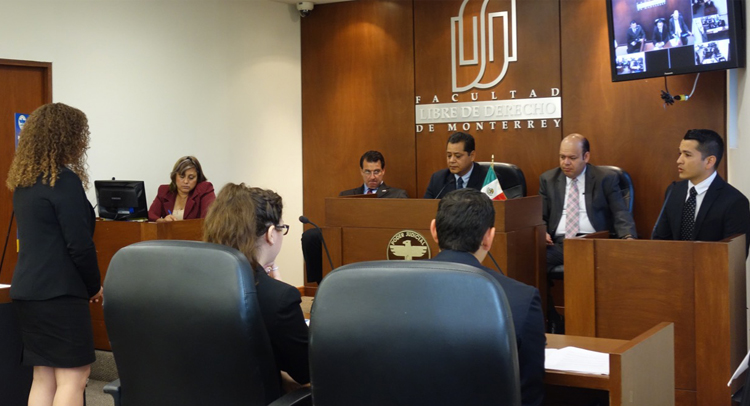 On March 17, a group of consular officer who practiced as lawyers before joining the Foreign Service presented a program on their experiences and perspectives about the oral advocacy system and tips for trying cases, including cross-examinations and interaction with the judge during trial.

The competition began on Wednesday April 6 with a  Welcoming Ceremony at the Poder Judicial.  During this event,. Lorelei Synder, Political-Econ Chief at the Consulate, spoke to the students about the importance of the competition in the promotion of the rule of law and the reformation of the judicial system in Mexico.  She also told they students they should be proud because they are leaders in their communities, their states and their country.