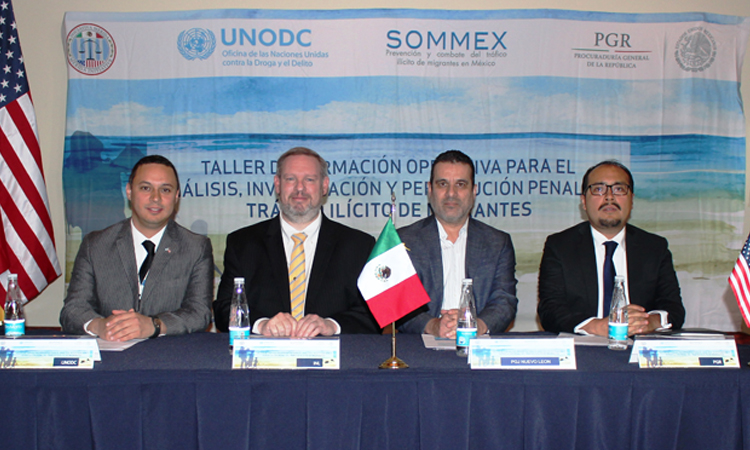 Migrant smuggling is a #DeadlyBusiness, and big income source for criminal organizations. Smugglers take advantage of vulnerable people, but the United States is working together with the Mexican government to combat this type of crime. Last week, the United Nations Office on Drugs and Crime (UNODC) convened a workshop in Nuevo Leon on Operational Training for the Analysis, Investigation and Prosecution of Migrant Smuggling. This training was possible thanks to the Merida Initiative in collaboration with the National Project on Preventing and Combatting Migrant Smuggling in Mexico (SOMMEX) and the office of the federal Attorney General in Mexico. The Consul General of the United States in Monterrey Timothy Zúñiga-Brown participated in the workshop’s opening ceremony.