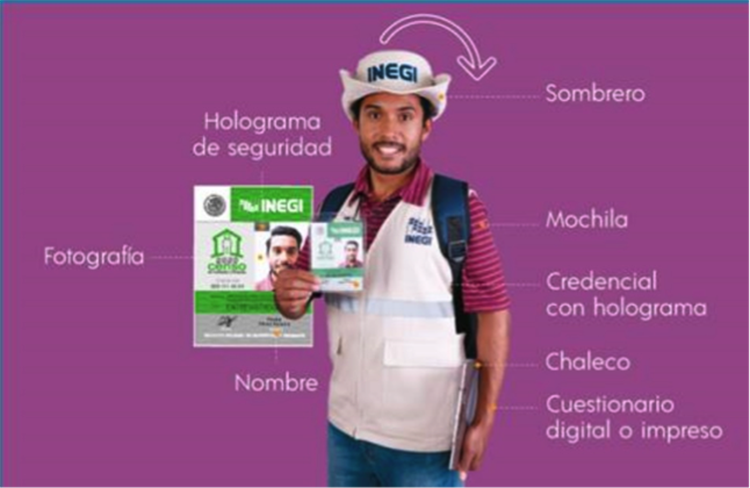 The Mexican National Institute of Statistics, Geography, and Information (INEGI) will conduct a nationwide housing and population census starting March 2 and ending March 27.

Credentialed census takers will visit homes door to door to conduct the census and ask residents questions such as their age and sex, their first names, their place of birth, and the number of rooms in the dwelling.

The Mexican government requests that all residents in Mexico participate in the census and provide the information requested when a credentialed census taker visits their home. As in the United States, census information may not be used for other purposes.

Keep in mind that the census could serve as an opportunity for criminals to attempt to gain your trust and gain access to your residence under the guise of being a census taker. Legitimate credentialed census takers will be wearing a logo vest, hat, and backpack and carrying a credential with a hologram. The credential number and photo of the census taker can be verified through the 2020 census website: https://censo2020.mx/.

According to Mexican authorities, there have been reports of imposters claiming to be INEGI representatives to gain access to homes to commit robbery or fraud. If in doubt, remember: