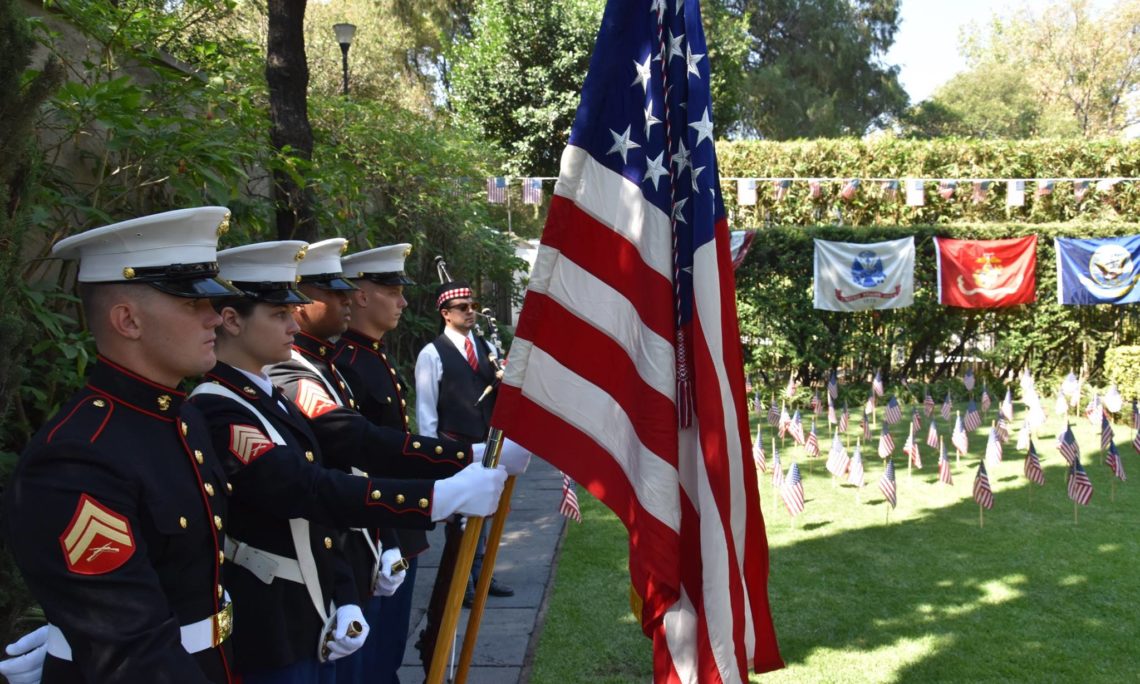 On this day, we pay our respects to those who gave their lives while serving in the United States Armed Forces. We refer to these men and women as our heroes. Our country is the land of the free only because it is also the home of these brave citizens.

They embody the best of America. Their demonstration of honor and courage is a tribute to the values we as Americans hold so dear. There is no greater measure of devotion than being willing to sacrifice your life for your country. Our gratitude is eternal, and we gather here today to show our respect for those who never made it home.

As Former Secretary of Interior Harold Ickes once said, being American is not defined by race or religion, it is not characterized by wealth or social status, nor does it consider profession or trade. Being an American means honoring justice, seeking dignity for all, and fighting for one’s freedom and that of one’s neighbor.

An example is Daniel D. Fernandez, a Mexican-American born to immigrant parents. A Specialist who fought in the Vietnam War, he threw himself on a grenade, saving the lives of his three comrades, while losing his own in the process. For this selfless act, he was posthumously awarded the Congressional Medal of Honor.

Many Americans have lost their lives fighting for their country’s freedom and security, and the same is true of Mexico. Many of the brave men and women of Mexico’s Army, Air Force, and Navy have given their lives serving and defending their country against organized crime and other threats to national security. We honor the sacrifices of these brave Mexican military heroes today as well. We must not forget their service to Mexico has made their homeland, and ours, more secure.

Before closing, I would also like to recognize the extraordinary work of a 27 year veteran of the U.S. Army who is with us today. He has carried out his work here in Mexico with great dedication and devotion for twelve years. Please join me in recognizing Hector de Jesus, the Superintendent of the Mexico City National Cemetery and Memorial.

Hector has meticulously cared for these grounds while captivating many visitors with his knowledge of the Mexican-American War and the Battle of San Cosme Gate, as well as with the history of the site itself. Hector, thank you for your service and for keeping this place alive for all of us and the generations to come.

During Memorial Day we gather to remember and pay tribute to brave heroes – heroes who represent the best of both sides of our border. Let us be grateful and never forget that we can enjoy freedom thanks to them. God bless them, and God bless America.

Thank you all for joining us today.