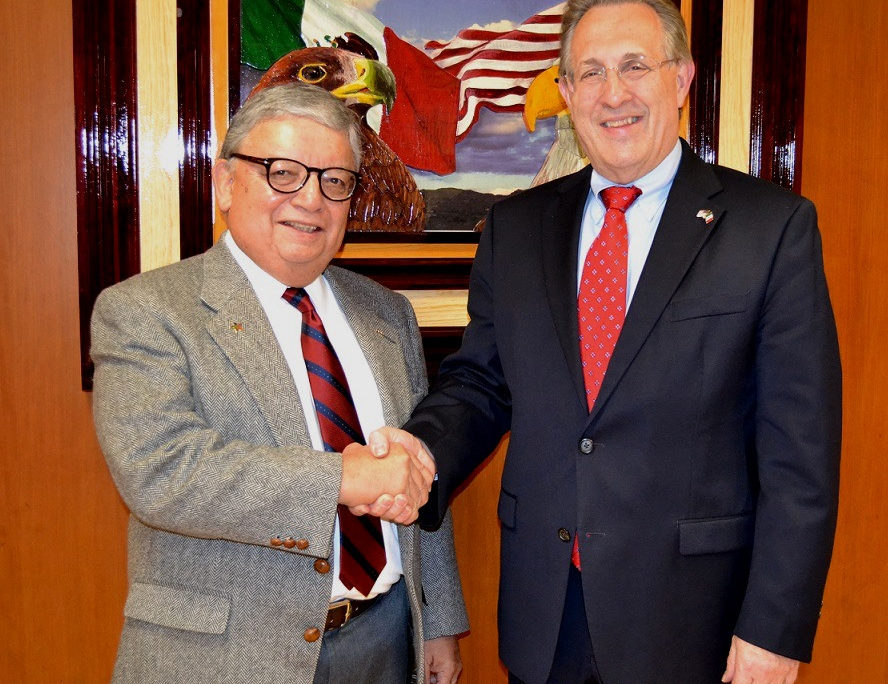 Meeting with Al Zapanta, President and CEO of the U.S.-Mexico Chamber of Commerce.

On Thursday, December 18, Ambassador Wayne met with Al Zapanta, President and CEO of the U.S.-Mexico Chamber of Commerce. Mr. Zapanta shared some of the USMCOC’s accomplishments of 2014, including the establishment of the annual North American Economic Sustainable Development Summit, as well as their upcoming plans for 2015. Ambassador Wayne and Mission Mexico are pleased to support the efforts of the USMCOC and other innovative trade groups that have helped propel bilateral trade between the U.S. and Mexico beyond half a trillion dollars per year.