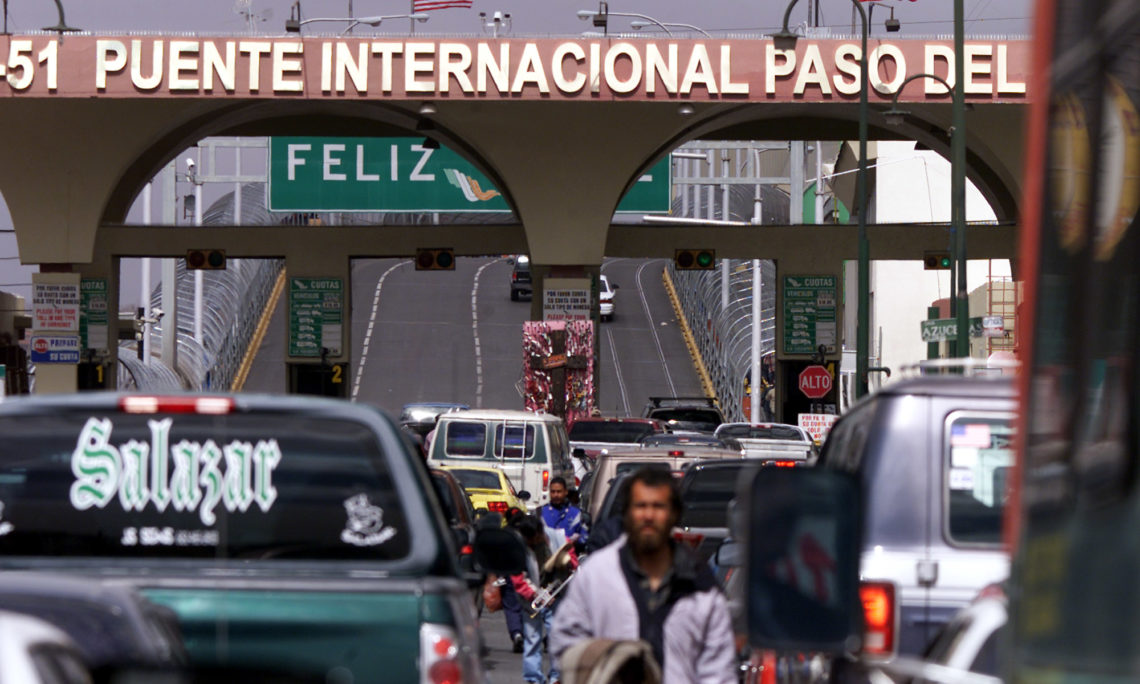 Cars wait at the customs line before crossing the Juarez-El Paso bridge Thursday, March 4, 2004, in Ciudad Juarez, Mexico. The Bush administration backed off plans to require that millions of visa-carrying Mexicans who make short visits to America and stay close to the border be fingerprinted and ph

Mexico City, March 15, 2016 – Members of the United States and Mexican interagency will meet in Chihuahua, Mexico March 16 for the Texas-New Mexico Regional Meeting of the Binational Bridges and Border Crossings Group.  Delegates from the U.S. and Mexican federal governments, the states of New Mexico and Texas, and the Mexican states of Chihuahua, Coahuila, Nuevo Leon, and Tamaulipas, will participate.

The group, which meets three times annually, will discuss the planning and operations for existing and proposed international bridges, border crossings, and ports of entry, and will exchange views on technical and policy information.  This meeting includes a public session, which allows proponents of proposed bridges and border crossings and related projects to make presentations to the delegations and members of the public.

Efficient and secure border crossings are crucial to the economy of both of our nations and to the lives of border communities.  Approximately $1.5 billion in trade and hundreds of thousands of citizens cross the border each day.  The United States is Mexico’s largest trading partner, and Mexico is the United States’ second largest export destination.  Participants will continue to work closely with state and local counterparts on both sides of the border to coordinate, develop, and expand border infrastructure.

For further information on the meeting, please contact the U.S. Embassy in Mexico City via email at emlistmx@state.gov.